Bringing the Sun down to Earth

Technical difficulties, experimental dead-ends and eye-watering development costs – yet the gargantuan challenge of taming nuclear fusion power is certainly within reach says Dr Andrew Kirk as he talks us through the hottest challenge in energy research 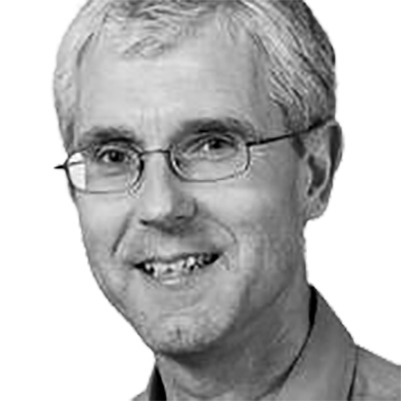 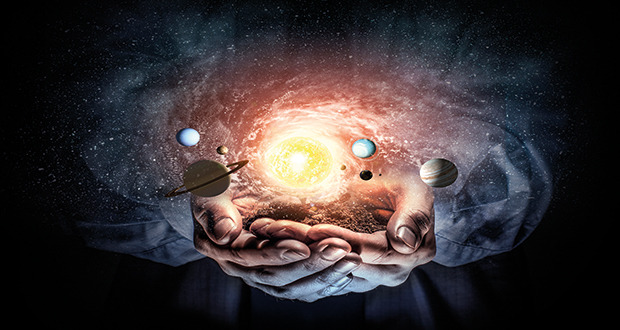 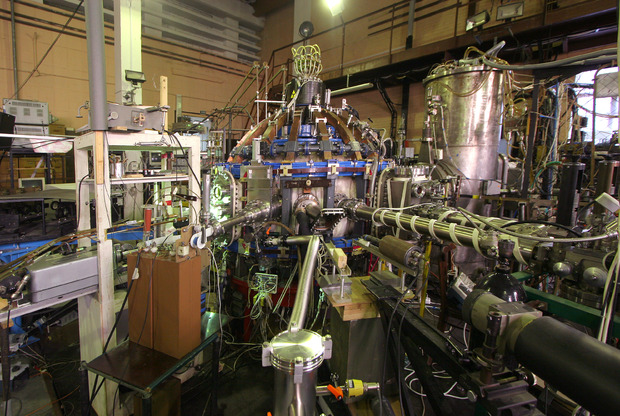 Technical difficulties, experimental dead-ends and eye-watering development costs – yet the gargantuan challenge of taming nuclear fusion power is certainly within reach says Dr Andrew Kirk as he talks us through the hottest challenge in energy research

On an unusually chilly August day in 1920, the renowned astrophysicist Sir Arthur Eddington addressed the British Association’s annual meeting on one of the hottest scientific topics of all: why does the Sun shine?

The question had troubled physicists for decades. Recent discoveries in atomic physics and radioactivity, coupled with Einstein’s trailblazing E=mc2 equation, had edged towards an explanation. Now Eddington finally had the answer. It could only be, he concluded, nuclear fusion: hydrogen atoms colliding to form helium. The mass lost during this process was converted to energy, and, repeated continually, this energy was enough to keep stars burning for billions of years. Eddington’s speech in Cardiff almost 100 years ago fired the starting gun on a Promethean quest that continues to this day – to bring fusion, the power source of the solar furnace, down to Earth for our benefit.

The urgency of the quest for fusion power is more intense than ever. Our insatiable appetite for energy – and our reliance on fossil fuels to supply over 80% of that energy – make research into alternative technologies essential for a sustainable future. Fusion – with almost limitless fuel supplies, no atmospheric pollution and none of the long-lived radioactive waste or safety drawbacks of nuclear fission – has much to offer. Reconstructing a star in the form of a fusion reactor and plugging it into the electricity grid is, however, easier said than done. Indeed, it is a challenge that has occupied many of physics’ brightest minds around the world for over half a century.

The most advanced – but by no means the only – fusion reactor concept is a machine called a tokamak. This is a magnetic container in which heavy isotopes of hydrogen (deuterium and tritium) are heated in a plasma until their nuclei are forced together, unlocking large amounts of energy that can then be harvested and turned into electricity. Invented by Soviet scientists in the 1950s, the tokamak is now at a mature stage of development and in southern France the world’s first industrial-scale experiment, ITER, is being readied for ‘first plasma’ in 2025 – if successful, it will produce 500 megawatts of fusion power and open the way to commercial reactors. With over 35 nations investing in the project, including most of the world’s major economies, it seems that finally fusion’s time is coming. 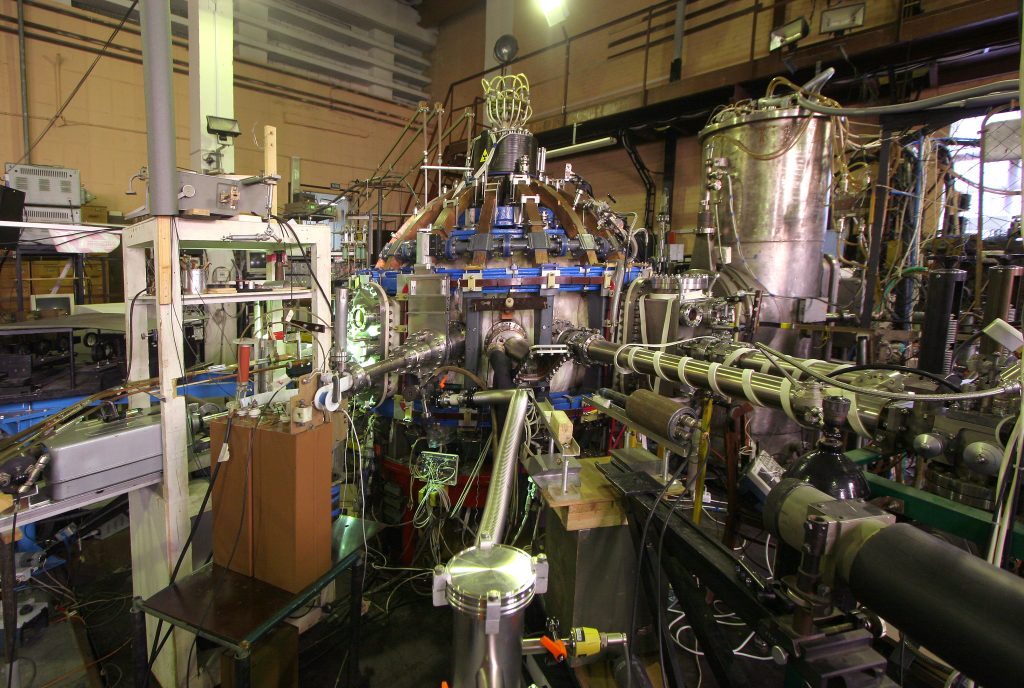 However, many hurdles remain in transferring fusion from experimental devices to fully-fledged, reliable powerplants. The UK’s national fusion laboratory – the Culham Centre for Fusion Energy, run by the UK Atomic Energy Authority – has identified six key research challenges. As well as tackling each of them, it aims to establish an engineering design centre to integrate this work into plans for the first fusion power stations.

Too hot to handle

One of the six challenges is that of plasma exhaust. The fusion reactions in a tokamak turn deuterium and tritium into helium and fast neutrons. Once they escape the charged plasma, neutrons exchange their energy with the surrounding wall in the form of heat; this heat can be used to generate electricity. The helium remains in the plasma, but if too much builds up, the fusion reactions are inhibited and the process stops. The excess helium must, therefore, be removed from the tokamak before this can happen; a bit like removing ash from a fireplace, but much more technically demanding. The waste itself is harmless – after all, helium is an inert gas that poses no threat to the environment.

The problem is that it is extremely hot. At the centre of the plasma, temperatures are around ten times higher than in the Sun’s core, but even at the cooler edge, where the waste can be extracted, the helium is still several million degrees – enough to damage the strongest of materials. Furthermore, whilst the ‘magnetic bottle’ concept of a tokamak is good at confining particles and heat, it is not perfect. Some particles and heat escape from the edge of the plasma and need to be managed. An exhaust system that transfers this waste heat (and in a reactor the helium ash) out of the plasma without damaging the reactor’s inner walls is therefore a must. The best solution found so far is a component called a divertor. As the name suggests, it diverts exhaust plasma away from the main walls and magnetically steers it towards a target; a specially armoured ‘ashtray’ at the top and bottom of the tokamak that is designed to take the heat of the helium waste and usher it out of the machine. In experimental devices the divertor works well, but as we move towards industrial-scale machines capable of producing large quantities of electricity, its life will get tougher.

The heat and power loads on this area of a commercial fusion reactor will be tens of megawatts per square metre – much higher even than experienced by a spacecraft re-entering the Earth’s atmosphere. Present-day divertor designs will struggle with such intense and continuous heat loads in a power plant setting. But fusion scientists think they have a way to solve the problem; and they will try it out in a new UK experiment in 2018.

Ten miles from the dreaming spires of Oxford, a new tokamak is taking shape at Culham Centre for Fusion Energy. Building on the success of the original MAST (Mega Amp Spherical Tokamak) device – a compact tokamak potentially offering a smaller and cheaper route to commercial electricity – MAST Upgrade is the first fusion experiment to be fitted with a promising new type of exhaust system: the ‘Super-X’ divertor.

Super-X – invented by physicists at the University of Texas but never tested – will act as a longer exhaust pipe for the plasma. An extra set of magnetic coils steer the hot particles over a greater distance, allowing them to cool down sufficiently by the time they come into contact with the divertor’s surface. With this new geometry (and novel additional cooling schemes, such as the injection of noble gases to increase radiative power loss) it is estimated that power loads on a Super-X divertor will be at least three to four times lower than conventional divertor designs. MAST Upgrade will be able to switch between configurations to compare their performance. It will go into operation early next year, and the plasma tests in the following months will show whether these predictions are correct.

The work at MAST Upgrade is part of a wider European research programme on divertor technologies, co-ordinated by the EUROfusion scientific consortium. EUROfusion (along with the UK’s Engineering & Physical Sciences Research Council) has just invested in a £21 million series of enhancements to MAST Upgrade between now and 2022, which is a welcome sign that the UK will continue to be fully involved in the European fusion community beyond Brexit. The divertor development programme also involves the TCV tokamak in Switzerland and the ASDEX Upgrade experiment in Germany. Its aim is to explore a range of divertor concepts with different magnetic geometries – from Super-X to the exotically-named ‘snowflake’ and ‘double-decker’ – to find out which is most suitable for future reactors. The results will be fed into the design of the European prototype fusion power station – nicknamed DEMO – which aims to put fusion electricity on the grid by 2050.

Whether Super-X or another divertor design emerges as the winner, the importance for fusion cannot be underestimated. Durable exhaust systems are crucial for practical and economically viable fusion power plants. Reduced power loadings will mean that divertor components can survive for longer and have to be replaced much less frequently. This should result in reactors that have reduced downtime and are cheaper to run – increasing fusion’s chances of competing in the electricity market. Overcoming the plasma exhaust challenge, then, could help pave the way for a successful DEMO reactor and, ultimately, commercial plants supplying a new large-scale source of energy that the world desperately needs. 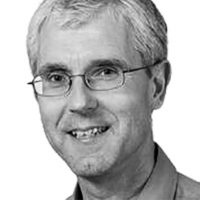