When will we finally see red?

The players are varied and the scene is set – so who will win the new space race? Astrophysicist Andrew May takes us through the scientific achievements and political landscape that are bringing a manned mission to Mars ever closer… 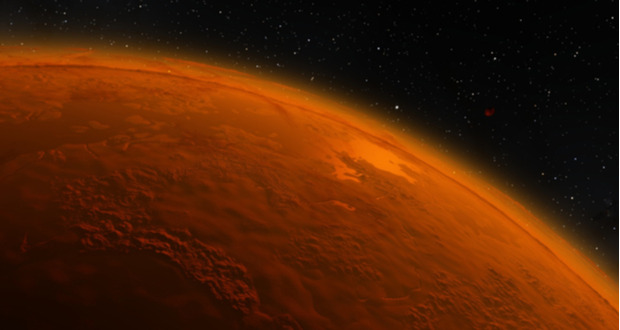 The players are varied and the scene is set – so who will win the new space race? Astrophysicist Andrew May takes us through the scientific achievements and political landscape that are bringing a manned mission to Mars ever closer…

Since the Apollo missions in the 60’s why is travelling to Mars only a reality now? NASA probably could have followed up its Moon landings with a manned Mars mission in the late 70s or 80s, using technology that was available then, if the funding and political will had been in place to do that. But it would have been a high risk undertaking, because there just wasn't much experience of space exploration at that time. Today, with things like the Curiosity rover and the ISS – well, we still haven't sent humans to Mars, but the technical risks, the unknowns, involved in doing so are that much lower. So hopefully that means it's more likely to happen now.

What is the one factor that makes a trip to Mars possible above all others? Technically, I'd say the most important factor is something called the Hohmann transfer orbit – the "minimum energy" route from Earth to Mars. It's not a fast route – it takes about 8 months to get there – but it requires a surprisingly small amount of fuel. It was discovered by the German scientist Walter Hohmann in 1935, and it turns what looks at first sight to be an impossibly difficult journey into something that's definitely doable.

What the hazards when they actually arrive? One technology that will be invaluable, and was undreamed of when people were talking about Mars missions in the 1970s and 80s, is 3D printing.

One of the problems people will have to solve on Mars, even during relatively short stays, is making things for themselves from local resources. That includes buildings to live in, and anything else that's too big to bring all the way from Earth. For the same reason, they can't take heavy manufacturing equipment with them (and they may not know in advance what it is they're going to need to manufacture). So programmable 3D printers should be just what they need.

How does this new ‘space race’ compare to that of the 60’s? It's different in a lot of ways. The race to the Moon was a straight two-sided competition – the Americans versus the Soviets – where each side was determined to beat the other for reasons of political prestige.

Now we have a lot more players, some from the public sector like NASA and some from the private sector like SpaceX, and a range of different motivations – political, scientific, commercial. So it's a much more confusing and ever-changing race than the first one!

So, how do you see the race panning out? Just sticking to the two players I just mentioned - I think NASA will do a lot of other things in space first, like returning humans to the Moon and sending more sophisticated robotic probes out into the Solar System, before it gets round to sending people to Mars. I'd like to think SpaceX will beat them to it by a long way – hopefully sometime in the 2020s – if they can keep up their current momentum. But as a private company they're at the whim of various commercial forces that could mean it doesn't happen as quickly as they'd like.

Some of the greatest scientific minds are predicting mankind will move away from Earth – can you envisage manned missions to the outer sections of the Solar System and beyond?

Well, Elon Musk was right when he said we have a straight choice between becoming a multi-planet species or becoming extinct sooner than we'd like. I think once we've got people to Mars, we could go on to the moons of Jupiter and Saturn using pretty much the same technology. But much further that just isn't on the cards using the sorts of technology we understand today – the energy requirements are too high and the travel times are too long. So we'll have to hope some new kind of physics turns up before too long. 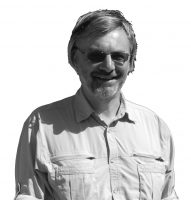 Andrew May obtained his PhD in astrophysics from the University of Manchester. After a 30-year career in academia, the civil service and private industry he now works as a freelance writer and science consultant.