It’s quantum entanglement, but not as we know it say Kayn Forbes and David Andrews as we discover there is still plenty of room for quantum mechanics to evolve 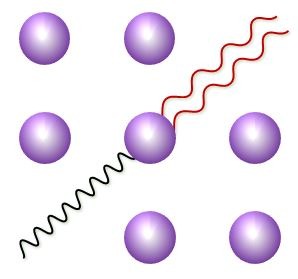 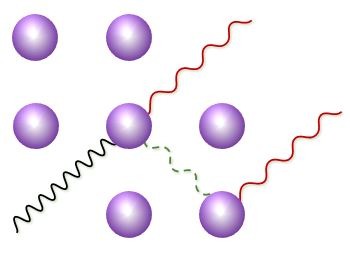 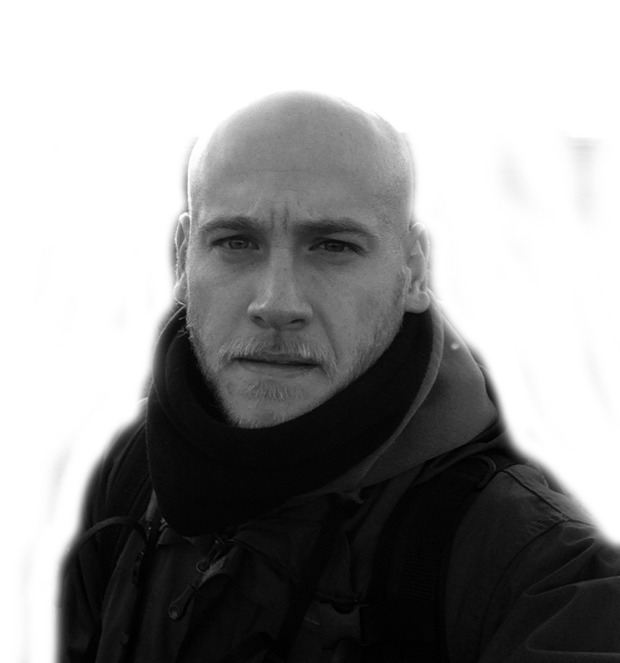 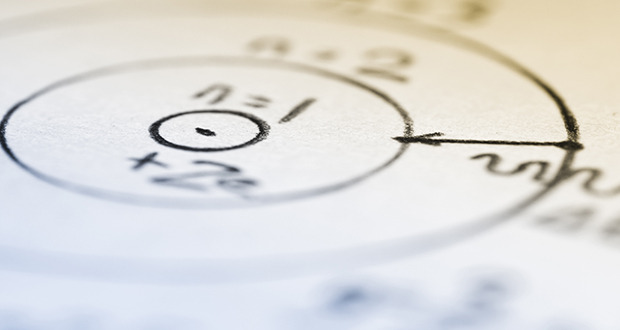 It’s quantum entanglement, but not as we know it say Kayn Forbes and David Andrews as we discover there is still plenty of room for quantum mechanics to evolve

Every form of light is comprised of individual packets of energy, known as photons. Their existence first became apparent in physics when Einstein observed that the photoelectric effect could only make sense if the electromagnetic field associated with light was quantized in such a way.

That is to say, the electromagnetic field had to consist of small quanta of energy – each with a discrete magnitude determined by wavelength – not a continuously variable energy, as had been assumed in previous ‘classical’ physics. This quantization, a switching from any magnitude for physical observables (energy, momentum, velocity, etc.) to discrete values, is fundamental in the theory of quantum mechanics.

However, quantum mechanics differs in another respect; it is associated with physical uncertainty – and that lies at the heart of a new discovery in optics

A good way to think of the difference between classical and quantum views is an analogy comparing a ramp to a staircase. On the ramp, any increase of energy, regardless of the magnitude, will get you closer to the top; on the stairs, however, you are required to put in a certain amount of effort to get to the next step above you. Putting in half the energy will get you nowhere. However, quantum mechanics differs in another respect; it is associated with physical uncertainty – and that lies at the heart of a new discovery in optics.

Simply put, photons are energy mediators of the electromagnetic field, which exhibit the famous wave-particle duality prevalent throughout quantum mechanics

The nature of photons, and therefore light, is often incorrectly described as being either a wave or a particle, when in fact by exploiting quantum uncertainty the photon correctly combines both attributes. A helpful way to think of photons is that they propagate like waves, but act as particles when they are absorbed or emitted. Simply put, photons are energy mediators of the electromagnetic field, which exhibit the famous wave-particle duality prevalent throughout quantum mechanics. A photon can do one of two things, travel through space not doing a lot, or interact with something. Photons have little relevance until they interact with matter: you cannot know what a photon is doing in transit; it needs to be ‘detected’.

All optical phenomena and processes ultimately owe their origin to the creation (as in emission) or annihilation (as in absorption) of photons: absorption, scattering, and the emission of light. Photons arbitrate the energy of the electromagnetic field. This energy can be turned into, or derived from, other forms of energy. In the sun, for example, nuclear fusion produces electromagnetic energy, which radiates as photons to the earth where it can be absorbed by a plethora of material, including our bodies, and turned into heat energy – or in the case of solar panels, electricity. Energy is really just a form of bookkeeping, and in optical processes, the photon is the accountant. But there is still more to it than that.

The substantial evolution of the photon’s physical interpretation since the early 20th century has led to the development of a rich variety of research fields, with increasingly sophisticated theory supporting applications that have profound influences on our everyday lives. Photonics, non-linear optics and quantum optics and above all, their progeny, the laser are all found at the heart of modern telecommunications (particularly fibre-optic cables and the internet), consumer electronics, medical diagnostics, law enforcement, and many other areas. To this day, the theory of photons is still developing at a deeply fundamental level, including some of our recent work.

Half the wave you were

In the everyday world, the sources of light with which we are familiar generate huge numbers of photons each second; even a lowly candle emits about a million billion photons per second. But it is important to recognise that each of these photons is usually created singly, in other words, each arises through the release of energy from a single particle. This is true whether we consider candles, light bulbs, halogen lamps – or indeed, even lasers. So, it is of particular interest to scientists to observe processes in which photons have to be created in pairs. The most readily observed process that achieves this feat, using laser light, occurs in suitably structured crystals and is known as ‘spontaneous parametric down-conversion’ (SPDC). 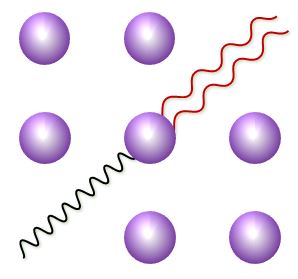 Figure 1: An input photon with energy Ein (black wave) is annihilated at a site within a crystal that consists of many such points (purple spheres) and a correlated pair of photons (red waves) are emitted from the same point, each with half the original photon’s energy (1/2Ein) Note the difference in wavelength.[/caption]

It is an effect that results from the conversion of single laser photons into photon pairs, in each of which the two new photons share the energy of the original laser photon. This process, shown in Figure 1, fundamentally entails the annihilation of a photon that originates from the laser. With an energy Ein at some position in the crystal, followed by the creation (emission) of two photons (which we can regard as a pair) of half the original photon’s energy, that is Eout = 1/2 Ein + 1/2 Ein, so that energy is conserved. The pair of emitted photons are termed correlated photon pairs, because their polarisation states (polarisation is just the direction electric field vector is travelling) are connected. More importantly, such photon pairs are ‘entangled’ – but more of that later.

Let us now look more deeply into the feature of uncertainty, which so characterises quantum theory. One of the hallmarks of quantum mechanics is Heisenberg’s uncertainty principle, which simply states that certain pairs of variables, such as position and momentum, cannot simultaneously be measured with complete precision – if there is a small uncertainty in the position of a particle, there is a large uncertainty in its momentum, or vice-versa. The same is true of the electric and magnetic fields that make up the electromagnetic field of light itself. Importantly, these two quantities cannot ever vanish completely at any one time – they are subject to what are termed quantum fluctuations.

Indeed, virtual photons can’t be directly observed, and they are not subject to the usual law of energy conservation – but they can still act to transfer energy

The key to what follows is that, since the electric and magnetic fields equally contribute to the energy of the electromagnetic field, the energy of the field will never vanish completely, even in a vacuum. Bearing in mind that all electromagnetic radiation consists of photons, it is clear that even in a vacuum these quantum fluctuations must lead to photons being present. Such photons – necessarily very short-lived – are termed ‘virtual photons’; virtual in the sense they cannot be converted into other forms of energy. Indeed, virtual photons can’t be directly observed, and they are not subject to the usual law of energy conservation – but they can still act to transfer energy.

Back to the process of SPDC: until now, it was generally assumed the photons that constitute correlated photon pairs produced in SPDC are emitted from the same point (Figure 1). However, what would be the consequence of introducing a virtual photon to the process, with its capacity to move energy around? In Figure 2, the virtual photon propagates the energy equivalent to one of the emitted photons across the crystal to some other point – the correlated photons then come from completely separated positions. This is rather like planting a sunflower seed and seeing that not only has one sprouted in your back garden, but also over your neighbour’s fence. This new delocalised mechanism shows each photon that constitutes a pair can be emitted from completely different points in space, which introduces a new positional uncertainty of a fundamentally quantum origin. 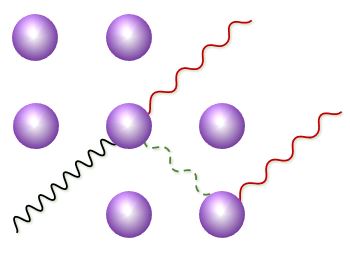 Figure 2: In the delocalised mechanism an input photon (black wave) is annihilated by a single centre in the crystal and one photon of the correlated pair is emitted from the same point, but the other is emitted from a completely separated point, made possible by the coupling with the virtual photon (green dashed wave).[/caption]

The reason this might prove even more significant has to do with ‘quantum entanglement’. Quantum entanglement in the case of photons signifies that two or more photons have certain properties that cannot be defined independently of one another, and measuring one of these influences all the others, no matter where they are. Both of the correlated photons whilst propagating onwards, out from the crystal, may have an indeterminate polarisation, but measuring one of them forces the other one to be in another polarisation state. The phenomenon of entanglement is one of, if not the strangest facet of quantum mechanics, and although it may seem surprising, there exists a multitude of contemporary applications. So much so, that the newly emerging area of quantum information largely hinges upon the very nature of entanglement itself. Within this field, entanglement is being utilised to elicit the quantum nature of teleportation, cryptography and computing, to name but a few.

Now it is clear that the newly established, non-local mechanism for SPDC means that the photon pairs formed by this process might not have a common origin in space – and it is as yet unknown what effect that might have upon the nature of their entanglement. So, one asks, what does this mean for quantum physics? Firstly, it highlights that some deeply fundamental aspects of the physicality and nature of the photon can still be elucidated, and the theory of quantum mechanics still has much room to evolve – it underscores a brilliant and timely comment on the importance of fundamental research recently published1. Secondly, however, this discovery could indeed have applications in a whole range of areas in photonics, including the strange world of quantum entanglement.

Authors: David L. Andrews is Professor of Chemical Physics at the University of East Anglia. 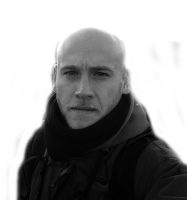 Kayn A. Forbes is a third-year PhD student at the University of East Anglia where he is a member of the nanophotonics and quantum electrodynamics group led by Professor David L. Andrews.