It all comes with chips 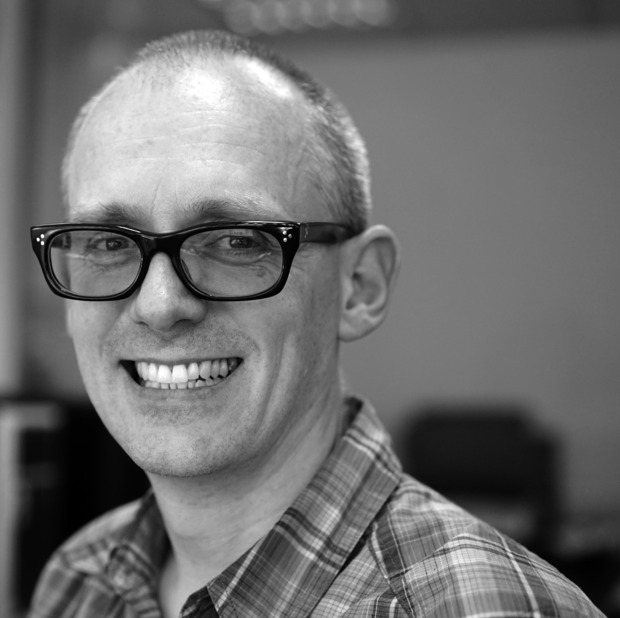 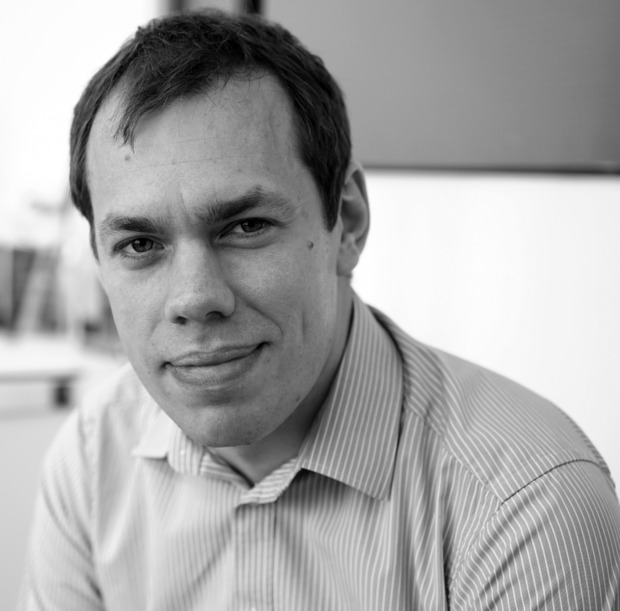 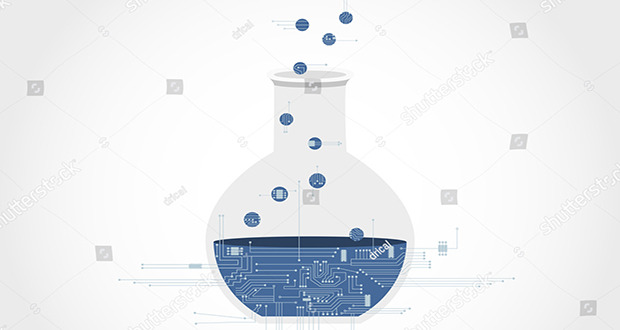 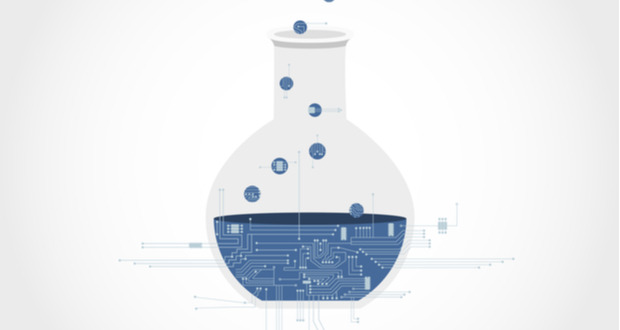 When it comes to microfluidics, it is difficult, if not presumptuous, to predict the future. From humble beginnings a few decades ago, microfluidics has grown in popularity, as indicated by the sky-rocketing number of publications featuring microfluidic applications since the first paper appeared in the 1980s. In microfluidic chemistry alone, publications that were rare in the early 2000s have now surged into the thousands1, making it hard to keep up with the pace of development. As novel microfluidics applications continue to be developed, its future is likely to be limited more by imagination than by anything else.

In the early days, the development of microfluidics was largely driven by academics experimenting with what was possible in terms of the technology, rather than its application

When we think about the future, it is sometimes helpful to reflect on the past. In the early days, the development of microfluidics was largely driven by academics experimenting with what was possible in terms of the technology, rather than its application. Since building microfluidic devices was time-consuming and required engineering expertise, there was limited uptake of the technique among the broader scientific community. In a 2006 publication, George Whitesides, predicted widespread adoption of microfluidics only if it evolved into a commercially viable analytical tool and became increasingly available to the non-expert2. Whether in response to him or not, in the 11 years since his publication, much time and effort have been devoted to developing easy to use, low cost microfluidics systems.

Consider Lego as an analogy. When Lego was first produced, it was only available as a collection of bricks; it took imagination to create and build whatever was required. As time went on, it made sense for Lego to market complete kits containing all the pieces needed to build a specific object. An airplane kit, for example, might include a specially designed, wing-shaped component to avoid having to assemble one from multiple bricks. The same phenomenon can be seen in microfluidics, where companies have not only developed easy to assemble individual components – including pumps, chips, and sensors – but also complete systems, making the technology more accessible to a wider range of researchers, expert and non-expert alike. This has enabled researchers to spend more time developing novel applications for microfluidics, rather than concentrating on enhancing the technology. As more people have experimented with microfluidics in a research environment, scientific advances in the field have become more application driven, in contrast to the early days of the technique.

The barcode on each transcript enables its cell of origin to be deduced, allowing the determination of the gene expression of each individual cell

Back in 2006, Whitesides said: “The high-value killer application for microfluidics has not yet emerged, although markets in research biology are certainly developing”. Almost a decade later, the killer app arrived in May 2015, when two papers independently published in Cell both outlined the novel application of microfluidics to isolate single cells and measure their gene expression3,4. The now well-known Drop-seq protocol outlined by Macosko4 uses microfluidics flow technology to rapidly co-encapsulate individual cells with barcoded beads and lysis reagents in aqueous droplets in oil. The isolated cells are lysed, capturing the mRNA on uniquely barcoded primer beads, which are then retrieved from the emulsion for reverse-transcription, amplification and sequencing in a single reaction. The barcode on each transcript enables its cell of origin to be deduced, allowing the determination of the gene expression of each individual cell.

The Drop-seq protocol can be used for almost any application with a diversity in the cell population, offering an alternative to average cell models which may have little to no basis in reality. It enables researchers to distinguish between cells of different origins and understand the variation within a population, and this capacity has sent ripples of excitement through oncology and biology. Microfluidic device manufacturers focused on biology applications are keeping pace with developments by rolling out a series of components and systems specifically designed to allow quick and easy Drop-seq set up, enabling the technology to be widely adopted by other researchers.

Another fast-growing area of research in the pharma and life sciences sectors, made possible by microfluidics, is the organ-on-a-chip concept; a microfluidic chip that seeks to emulate organ functions. An example of this is the lung-on-a-chip developed by the Wyss Institute for Biologically Inspired Engineering at Harvard University. A microfluidic channel is divided in two by a porous flexible membrane, lined on one side by lung cells, and on the other by capillary cells. The application of cyclic suction in side channels causes the membrane and cells to flex and relax, mimicking the action of breathing. This real-time model of a lung alveolus can be used to investigate biological functions, such as the action of white blood cells on bacteria, and to assess the impact of new drugs on diseased cells.

Emulate Inc. has taken this a step further, developing the Human Emulation System – a plug-and-play automated device that enables microfluidic chips to be interconnected to model the interaction of various human biological systems. This enables the life-cycle of a drug – from ingestion or inhalation to excretion – to be investigated for safety and efficacy. Organ-on-a-chip is a remarkable alternative to the high cost of preclinical drug development. Even ignoring the cost, current approaches to drug testing cannot adequately predict how a drug will react in patient trials. Animal testing lacks consistency and reproducibility, as well as raising ethical questions, and cells grown in culture respond differently to cells in an in vivo environment. The determination of a drug’s safety and efficacy is also reliant on an ‘average’ person, and there is always variability between individuals. Organ-on-a-chip overcomes this by providing a more reproducible standard for quantifying the performance of a given drug.

We are already seeing a shift towards bespoke medicine, with dietary and lifestyle advice founded on an understanding of an individual’s genetic make-up; caffeine, for instance, may reduce the risk of heart attack in one patient, while increasing it in another. In years to come, we can look forward to individualised chips containing cells unique to each patient, offering personalised medicine and drug testing.

While both Drop-seq and organ-on-a-chip represent scientific advances that were not even imaginable without microfluidics technology, it is important not to overlook the impact of microfluidics on improving established laboratory techniques. Microencapsulation of active pharmaceutical ingredients (APIs) is increasingly being employed in the drug development arena to improve the solubility of candidate drugs or protect biopharmaceutical agents – such as DNA, proteins, etc – from degradation, as well as to provide more controlled release of APIs over time.

PLGA or poly(lactic-co-glycolic) is commonly used for drug microencapsulation, and precise manipulation of particle size, shape and architecture is extremely important to the efficacy of the candidate drug. However, conventional emulsion-based batch methods result in uneven API distribution and particle polydispersity, requiring additional size-selection and leading to low particle yields and significant loss of API. This has all changed with the introduction of continuous flow microfluidics, which offers 100% encapsulation within precisely controlled, monodisperse PLGA particles in a single, reproducible step; it’s hard to find a better example demonstrating the transformative impact of microfluidics.

No doubt, future developments will be dependent on our ability to overcome the common bottleneck encountered in microfluidics research – slow production of prototype chips. This looks set to change with the release of Dolomite’s Fluidic Factory, the world’s first commercially available 3D printer for the microfluidics market. This technology can print a cyclic olefin copolymer chip in under a day, guaranteeing a quick turn around and allowing rapid testing of multiple prototypes.

Microfluidics is spreading its wings and, as its reputation grows, it will no doubt be used further afield in applications that have not yet even been thought of

The increased availability of microfluidic components and systems, as well as 3D printing, offers a promising future. Microfluidics is spreading its wings and, as its reputation grows, it will no doubt be used further afield in applications that have not yet even been thought of. And that is something to celebrate, for at the heart of the microfluidics revolution, is the overarching desire to put greater control, precision and sensitivity in the hands of scientists, bringing the impossible within reach. 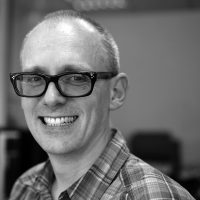 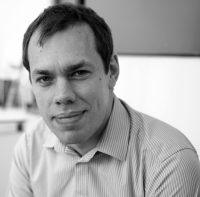 Max Drobot is Head of Products at Blacktrace Holdings