Science writer and broadcaster Adam Rutherford will be a keynote speaker at this year’s Lab Innovations. We caught up with him ahead of the event to learn more about his experiences as a scientific adviser for the film industry 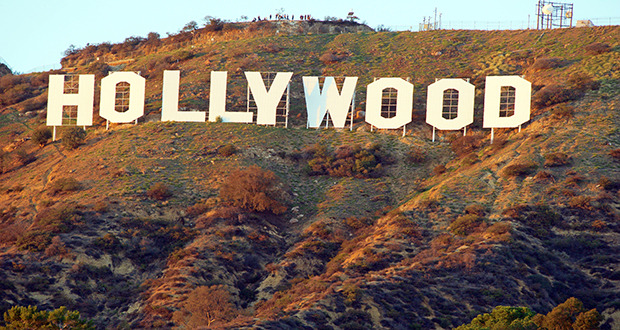 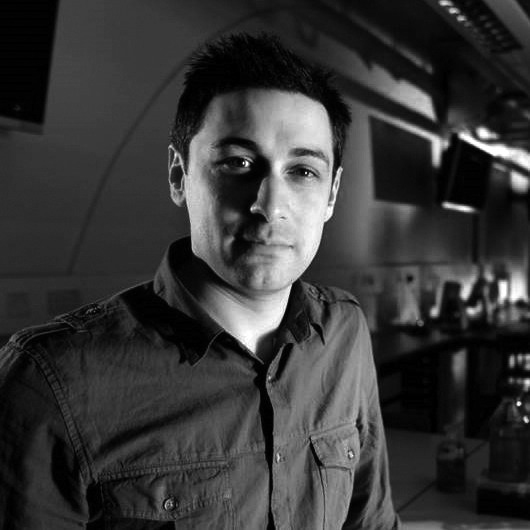 Science writer and broadcaster Adam Rutherford will be a keynote speaker at this year’s Lab Innovations. We caught up with him ahead of the event to learn more about his experiences as a scientific adviser for the film industry

Most people probably know you as the presenter of BBC Radio 4’s flagship science programme, Inside Science, or from your documentary work, so how did you end up behind the camera for Hollywood? Being a working scientist with a media profile means that I get approached simply because people don’t know any other scientists. And because I’ve been approached for one project, it can act as a bit of a springboard for other work in the same area. For example, working with Alex Garland on Ex Machina – which follows a programmer administering the Turing test to a humanoid robot – has led to several other opportunities exploring artificial intelligence and robotics.

What does being a scientific advisor to the film industry involve? I’ve worked on several films in varying capacities over the last few years. For the sci-fi horror Life, which was released earlier this year, I was advising the script writer and director on various aspects of molecular biology during the development phase, then worked on set with the actors to help them get their pipetting techniques, etc. right.

I also seem to have acquired the job of filling blackboards and whiteboards with ‘scientific looking’ information to go in the background of films. I’ve been asked to do that several times, and take it quite seriously, even though nobody will be able to read what’s actually written on the boards in most scenes. Of course, because it can’t be easily read, you can have a bit of fun with it.

So you’ve left a few Easter eggs for anyone paying enough attention, in much the same way the Monty Python team used to? Most of the time, the set designers don’t care what’s on the boards, but I try to be fairly faithful to the science. Ultimately though, films are about entertainment, so there’s no harm in adding the odd obscure reference for other geeks to find. When working on World War Z – for a scene that was ultimately cut from the movie – I filled several whiteboards with charts and graphics on epidemiology and the way viruses spread across the world. The idea was that the main characters would simply be walking past these boards while discussing something so, once I realised nobody would pay it any attention, I started hiding the odd secret message in there.

I did a similar thing on Kingsman: The Secret Service. There is a scene in an old fashioned university lecture theatre with a professor who is supposed to be an expert on climate change. I was busy drawing out a graph of the circumstellar habitable zone – the so called ‘Goldilocks zone’ where water is a liquid and life could potentially survive – and asked who the actor was. It turned out to be Mark Hamill (aka Luke Skywalker) and so I added Tatooine and Dagobah (Tatooine slightly closer to the Sun than earth, naturally) to the habitable zone of the graph. You can just about make it out if you pause the right frame, but it doesn’t make the slightest bit of difference to the movie, so it seemed like a good idea at the time.

With a background in genetics, do you ever feel outside of your comfort zone? Sometimes I’ll defer to other experts, because the work I’m being asked to help with simply isn’t close enough to my field, but many of the projects I’m involved with are about more fundamental scientific practices and equipment. For example, I worked with the production designers on World War Z to help them get a feel for what a working virology lab looked like. I took them on a tour of a real virology lab in London and, to anyone with a life sciences background, it would have felt like a very familiar environment. But they were fascinated that it looked more like a workshop than the super slick, futuristic, white labs that you see in many Hollywood productions. They loved it, and took thousands of pictures of ‘nuts and bolts’ equipment like centrifuges, hotplates and microscopes. Unfortunately it didn’t fit with the look the director wanted, but it was still very instructive for me in understanding the relationship between what a scientific advisor does and what a film is actually for.

So writers and directors don’t always take your advice? No, not at all. And I think the reason I keep getting this type of work is because I’m not religiously wed to the science. In truth, I’m a film fan as much as a scientist in these situations. The science is ultimately there for entertainment purposes, so it’s more about trust between the scientific advisor, the writers and the director. And if you value the narrative, and you trust that they’re not going to have anything ridiculous in there, then I think that’s a good working relationship.

In that case, does ‘bad’ science in films actually matter? In most cases, as long as the science is internally consistent within the plot, then it doesn’t matter too much. Real-world science is often a lot less exciting than fictional science, and films are about entertainment, so scientific plausibility is secondary to the narrative. There are some things where, as a scientific advisor, my job really is to say “You can’t do that,” and it’s black or white. For example, if you want to look at a growing microorganism, and the script says ‘scientist sat hunched over an electron microscope’, then I can legitimately say that a) electron microscopes are huge, and b) they can only be used on dead tissue. But you can’t change things that will fundamentally affect the plot. So saying the same organism will take three weeks instead of 24 hours to grow to a certain size isn’t going to be helpful. The problems arise when films are dangerously misrepresenting real science, as cinema is a powerful medium, and it could harm the public image of a given field of research.

So what’s more important – the science or the entertainment? If you value the narrative, then there no reason both can’t work together. Sunshine is a great example of a film which is littered with really good science. But, at the same time, the main premise of the film – reigniting the dying Sun with a nuclear fission bomb – is scientific nonsense. And there have been cases where I’ve said “I don’t think it matters, but here is the proper scientific answer,” and it’s the writer or director that wants it to be as accurate as possible. Alex Garland, who wrote both Ex Machina and Sunshine, is always keen to make his works as scientifically accurate as possible.

Are there some things that just don’t work on film? Definitely. And there are times when directors try to be as faithful as possible to the science, and it’s actually quite jarring on screen; it becomes a distraction. Again, Sunshine was a good example of this. If you were on a spacecraft travelling towards the sun, you wouldn’t actually be able to see other stars out of the windows; it would just look black because of your proximity to a strong light source. And Danny Boyle tried that as a director, but it didn’t look right, so he decided to stick with what people were familiar with. It’s about creating the right aesthetic without straying too far from ‘good’ science. Another example of this, and Ridley Scott said it when he made the original Alien movie, is that there is no obvious movement when you’re travelling through space. As there’s no resistance, you wouldn’t feel any force and everything would be completely static – it’d be just like being in your house. To overcome this, set designers have to include little gonks and things that move to imply motion. So there might be a toy bouncing on a spring, or something that vibrates, just to indicate to the audience that the spacecraft is moving. It’s a common Hollywood trick.

Finally, is there any scientific benefit to this type of work? It’s the explicit secret agenda of people like myself – scientists with a media profile – to normalise science in culture. Science shouldn’t be seen as the preserve of boffins and people in white coats with badly combed hair. Our aim is to show science as something completely normal, so if you can introduce genuine scientific ideas into films with £50 or £80 million budgets that will be seen by hundreds of thousands or even millions of people, then that’s what you’re doing.

A classic example of this is Frankenstein. If I say ‘Frankenstein’ to you – and let’s ignore the fact he wasn’t the monster for now – then the image in your head is almost certainly of the Boris Karloff characterisation with a flat-topped head and bolts in his neck. And that will be true the world over. But, the point is, there is no description of the monster in Mary Shelley’s book; the image of Frankenstein’s monster – which is almost universally associated with the character – is based on a 1931 film that most people have never even seen. That shows what an incredibly powerful medium cinema is and, if we can normalise scientific ideas by having good science in movies, then that’s a win. 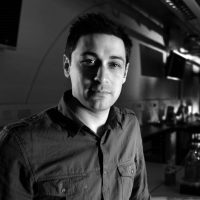 Adam Rutherford is just one of the many speakers on a packed schedule at this year’s Lab Innovations.