Turning back the evolutionary clock 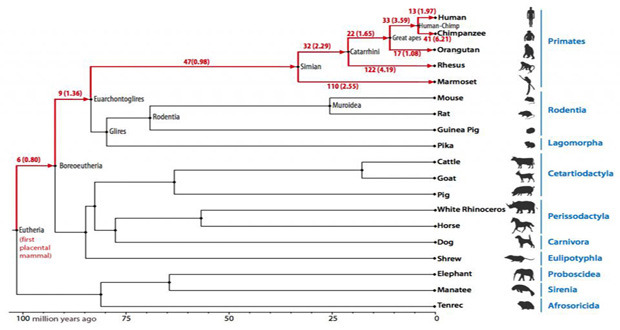 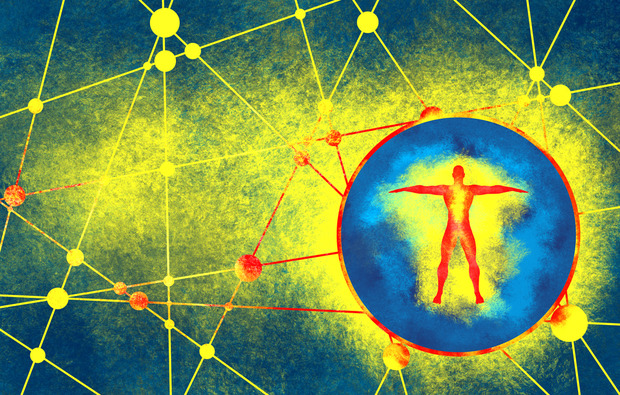 A glance back in evolutionary time, cancer diagnostics and a deep understanding of our connection to our mammalian ancestors… when a diverse group of biologists met over Skype, their interest in reconstructing ancient chromosomes led to some incredible findings

An important part of creating groundbreaking new research is the ability to collaborate effectively with colleagues within your field, and bring to bear the skills of colleagues in other related fields.

It’s within this context that an international group of scientists and researchers interested in genomics have been meeting via skype on a weekly basis for the past five years to share ideas and collaborate on various research projects.

Over that time, many papers have been published and mini collaborations have led to noteworthy research. Most significantly, we collaborated to answer the question: what if we could go back in time 105 million years and reconstruct chromosome structures of the first placental mammal? What would they reveal about evolution and modern mammals, including humans?

A number of breakthroughs brought this seemingly impossible quest within our reach. We were able to go back in time, at least virtually, by computationally recreating the chromosomes of the first eutherian mammal, the long extinct shrew like ancestor of all placental mammals.

Understanding how chromosomal arrangements change over millions of years may contribute to human diseases, such as cancer

My colleague Harris Lewin from UC Davies explains how this was possible, and the significance this has for science: “The revolution in DNA sequencing has provided us with enough chromosome-scale genome assemblies to permit the computational reconstruction of the eutherian ancestor, as well as other key ancestors along the lineage leading to modern humans. We now understand the major steps of chromosomal evolution that led to the genome organisation of more than half the existing orders of mammals. These studies will allow us to determine the role of chromosome rearrangements in the formation of new mammal species and how such rearrangements result in adaptive changes that are specific to the different mammalian lineages”.

To recreate the chromosomes of these ancient relatives, the team began with the sequenced genomes of 19 existing placental mammals — all eutherian descendants — including human, goat, dog, orangutan, cattle, mouse and chimpanzee, among others.

Jaebum Kim developed, and then we used, a new algorithm called DESCHRAMBLER. The algorithm computed the most likely order and orientation of 2,404 chromosome fragments that were common among the 19 placental mammals’ genomes.

As Jian Ma, the study’s co-senior author explains “it is the largest and most comprehensive such analysis performed to date, and DESCHRAMBLER was shown to produce highly accurate reconstructions using data simulation and by benchmarking it against other reconstruction tools.”

In addition to the eutherian ancestor, reconstructions were made for the six other ancestral genomes on the human evolutionary tree: boreoeutherian, euarchontoglires, simian (primates), catarrhini (Old World monkeys), great apes and human-chimpanzee. The reconstructions give a detailed picture of the various chromosomal changes — translocations, inversions, fissions and other complex rearrangements — that have occurred over the 105 million years between the first mammal and Homo sapiens.

Figure 1 shows the ancestral tree of placental mammals. The numbers on the branches from the first eutherian ancestor to Homo sapiens are the numbers of breakpoints in reconstructed ancestral chromosome fragments. Breakpoints are locations where a chromosome broke open, allowing for rearrangements. The breakpoint rates — the number of breakpoints per one million years — is in parentheses. A total of 162 chromosomal breakpoints were identified between the eutherian ancestor and the formation of humans as a species.

The rates of evolution of ancestral chromosomes differed greatly among the different mammal lineages. But some chromosomes remained extremely stable over time. For example, six of the reconstructed eutherian ancestral chromosomes showed no rearrangements for almost 100 million years until the appearance of the common ancestor of human and chimpanzee.

Orangutan chromosomes were found to be the slowest evolving of all primates and still retain eight chromosomes that have not changed much with respect to gene order orientation as compared with the eutherian ancestor. In contrast, the lineage leading to chimpanzees had the highest rate of chromosome rearrangements among primates.

When chromosomes rearrange, new genes and regulatory elements may form that alter the regulation of expression of hundreds of genes, or more. At least some of these events may be responsible for the major phenotypic differences we observe between the mammal orders (differences in their physiological features).

The chromosomes of the oldest three ancestors (eutherian, boreoeutherian, and euarchontoglires) were each found to include more than 80% of the entire length of the human genome, the most detailed reconstructions reported to date. The reconstructed chromosomes of the most recent common ancestor of simians, catarrhini, great apes, and humans and chimpanzees included more than 90 percent of human genome sequence, providing a structural framework for understanding primate evolution.

This research also depended heavily on the visualisation tools provided by our colleagues and collaborators at the Illinois Informatics Institute, Loretta Auvil and Boris Capitanu from the University of Illinois at Urbana.

Practical application We set out our findings in a study published in Proceedings of the National Academy of Sciences, and outline the implications these will have for understanding how chromosomal arrangements over millions of years may contribute to human diseases, such as cancer.

Chromosomal re-arrangement happens not only in evolution, but also in cancer. Through our previous research, it has been possible to see that specific places where chromosomal changes have happened in evolution often correlate with positions where they happen in cancer. If you have ancestral genomes mapped, and can identify the changes which lead to different species, it is possible to find out which regions of human chromosomes might be more prone to breakage in cancer. So this might help us to understand cancer genomes better as well, by looking at what has happened through evolution.

As Harris Lewin explains: “By gaining a better understanding of the relationship between evolutionary breakpoints and cancer breakpoints, the essential molecular features of chromosomes that lead to their instability can be revealed. Our studies can be extended to the early detection of cancer by identifying diagnostic chromosome rearrangements in humans and other animals, and possibly novel targets for personalised therapy.”

Naturally, our international ‘skype club’ hopes to continue working closely together to uncover more secrets about animal genetics by studying our evolutionary history – and maybe to deepen our understanding of cancer.