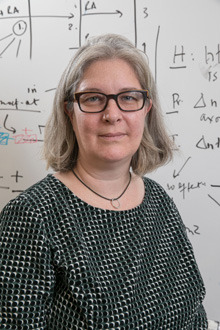 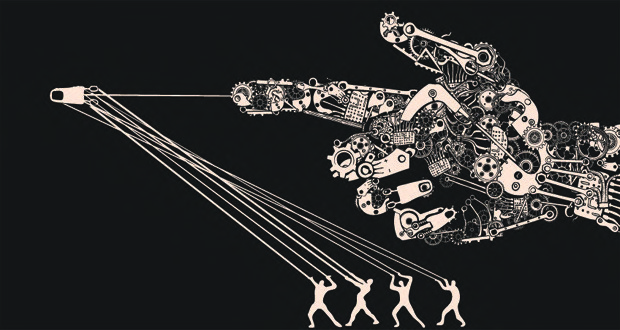 A painfully direct question from a paralyzed patient set Professor Samantha Butler on a path to understand the neurobiology of touch and how we might rebuild damaged sensory circuits to restore sensory experiences. Here she tell us just how close her research is to finding out…

Almost two decades ago, when I was a postdoctoral fellow at Columbia University, I attended a meeting on spinal cord repair hosted by the Christopher & Dana Reeve Foundation. I remember walking into the auditorium and being struck by all the space available for wheel chairs. This is not typical at scientific conferences, but the foundation wanted patients, as well as scientists, to be able to attend.

Alas, the scientific discoveries discussed that day have long since been pruned from my memories, but comments from two people have endured and have been pivotal to my scientific journey. First, Christopher Reeve himself made an appearance at the meeting. Until the moment I saw him, I had only limited insight about how challenging it is to be a quadriplegic. I had vaguely expected him to be in the audience beforehand, maybe taking part in the discussion. The reality was very sobering. He rather appeared from behind a curtain – after an extended period of set up time, which clearly required privacy. Talking to us, between the heaves of his ventilator, was difficult: a ferocious act of will. His objective was clear however: urge on the scientists while informing the patients about what might be possible for them.

Later in the day, another patient was given a chance to speak. The foundation had organised a discussion forum between an eminent scientist, a clinician and a patient advocate. The advocate didn’t want to take questions; rather he wanted to ask a simple, but painfully direct, question to the clinician and scientist; he asked, “When will I be able to touch my children again?” As a child, I had considered touch to be one of the most dispensable senses. In that moment, that patient advocate taught me the importance of this singular modality - one of the ways in which we silently communicate with the world, that is essential to the well being of all animals - and how devastating it would be to lose it.

Touch is one of the ways in which we silently communicate with the world. It is essential to the well being of all animals

The resonance of the advocate’s question, made increasingly poignant to me on becoming a parent, has followed me for years along my scientific path. Sensory modalities are complex – they include our ability to touch a loved one, walk without our legs becoming entangled and avoid pain. My goal has been to understand the mechanisms that first establish the neural circuits that encode these sensory experiences as we are developing as embryos. This knowledge can then be co-opted to rebuild sensory circuits if they are damaged by injury or disease.

Our sensory circuits reside in the spinal cord: it is the means by which the body communicates with the brain and vice versa. It does so using specific classes of neurons, partitioned into different layers; these neurons include motor neurons which allow us to move consciously or sub-consciously and sensory relay neurons, which permit us to experience and react to our environment. There are multiple categories of sensory relay neurons present in the spinal cord, which encode touch, nociception (pain) and proprioception (our unconscious knowledge of the position of our bodies in space).

Spinal neurons are generated during embryonic development, when growth factors stimulate neural progenitors to become motor or sensory neurons. My laboratory has been studying one family of such growth factors called the Bone Morphogenetic Proteins or BMPs. The BMPs have roles directing the development of many organs, including the specification of bones, which is how they got their name. My interest has focused on the observation that they are present in a very specific region of the developing spinal cord – a cluster of cells called the roof plate, found at the back of the spinal cord. Work from many laboratories has suggested that the BMPs act from the roof plate to direct the adjacent cells to become different types of sensory neurons. However, a question has remained – how does this process work?

The textbook model is that the BMPs act as morphogens, meaning that the BMPs have different activities depending on their concentration. In the spinal cord, the BMPs have been proposed to act as a morphogen gradient from the roof plate. Thus, the neural progenitor cells closest to the roof plate are exposed to a high concentration of BMPs, and thereby become one type of sensory neuron. In contrast, the neural progenitors arising further away from the roof plate are exposed to lower concentrations of BMPs and accordingly form another type of sensory neuron.

Madeline Andrews, a graduate student in my lab, and I puzzled over this model. While it made sense for other growth factors in different regions of the nervous system, a peculiarity of our system is that there are many different types of BMPs present in the roof plate. Did these different types all have the same activity that needed to be summed together to make the morphogen gradient? How would that mechanism work? Or was there another explanation, that each BMPs had a distinct “signal specific” activity– that can direct neural progenitor cells towards a specific type of sensory neuron?

Can it be done in stem cells?

In work that has been ongoing for two decades, scientists have been using growth factors to direct pluripotent stem cells, the undifferentiated cells that can become any cell type, into neurons. Many studies, increasingly successfully, have defined the conditions necessary to make stem cell-derived spinal motor neurons. These cells, in turn, have permitted major breakthroughs in our understanding of the degenerative diseases that affect motor neurons, such as amyotrophic lateral sclerosis (ALS) and spinal muscular atrophy, and have raised the possibility that patients with spinal cord injuries may be able to recover the ability to walk.

In contrast, very little progress has been made in defining the conditions that can direct stem cells to become spinal sensory neurons, which would allow patients to recover their ability to feel. We wondered if our new mechanistic insight could change that oversight.

We first tested the effect of adding the BMPs to mouse embryonic stem cell cultures. Madeline was joined by an undergraduate student, Lorenzo del Castillo, who spent two years adding every type of BMP, and combination of BMPs, along with another growth factor called retinoic acid, to mouse stem cells and watching what sort of neurons they became. Lorenzo achieved the same result that Madeline had: he found that the identity, not the concentration, of the BMP dictated the categories of sensory neurons generated. One BMP – again, BMP4 – was particularly potent, able to make large numbers of two categories of sensory relay neurons: the proprioceptors, and one class of touch neuron.

For this protocol to be a therapeutic breakthrough however, we needed to be able to repeat this finding using human embryonic stem cells, which are somewhat finicky and grow more slowly than mouse stem cells. Sandeep Gupta, a postdoctoral fellow, joined the project and with his technician Daniel Sivalingam, started to define the conditions that would permit BMP4 and retinoic acid to direct human embryonic stem cells into sensory relay neurons. They began using the same parameters as the protocol used to make human spinal motor neurons. And it worked – but very badly. They generated only a few sensory neurons in each experiment, never as many as Lorenzo had been able to achieve with the mouse embryonic stem cells.

Sandeep decided to monitor the timeline over which the human stem cells made their decision to become neural. In the motor neuron protocol, the stem cells are grown for 17 days in retinoic acid before adding the key growth factor that will direct them to become motor neurons. We had thought that over those 17 days, the stem cells become “neutralized,” i.e. primed to become neurons. However Sandeep found something very interesting; while they did indeed at first become generic neural progenitors, from day 14 onward, the progenitors started to spontaneously transform into motor neuron progenitors. We were adding BMP4 to the human stem cell cultures too late!

Daniel tried adding BMP4 earlier, at eight, 10 and 12 days, and found that in all of these conditions the progenitors were able to robustly respond to BMP4 and become proprioceptors and touch neurons. By day 17, this window of opportunity had closed, and the neural progenitors no longer had the capacity to generate many sensory neurons. We had defined the conditions to make two key classes of stem cell-derived sensory relay neurons.

Samantha Hain, a California State University – Northridge undergraduate student in my laboratory, funded for a year by the California Institute for Regenerative Medicine “Bridges to Stem Cell Research” program, then demonstrated that this protocol generated the identical mixture of sensory neurons when BMP4 and retinoic acid were added to induced pluripotent stem cells. These special stem cells are produced by reprogramming a patient's own mature cells, such as their skin cells, thereby maintaining the patient’s genetic code. The ability to create sensory neurons with a patient's own reprogrammed cells holds the most potential for creating a cell-based treatment that restores the sense of touch without immune suppression.

This protocol is just the first step along the path of restoring the sense of touch to paralyzed patients. We are now verifying that our stem cell-derived sensory neurons accurately resemble their counterparts in the embryo. After that, we need to assess whether these neurons can restore the expected sensory modalities in a system that lacks them.

In science, the road goes ever on and on, and progress is necessarily incremental; we always stand on the shoulders of those who have come before us. I hope one day this road takes me back to meet the patient advocate who wanted to feel the touch of his children again. I still do not yet have a definitive answer for him, but I think we are closer to answering his question.

Samantha Butler is Associate Professor of the Department of Neurobiology, Eli and Edythe Broad Center of Regenerative Medicine and Stem Cell Research based at the University of California