A pocket full of pretty green 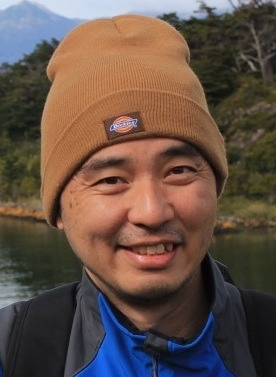 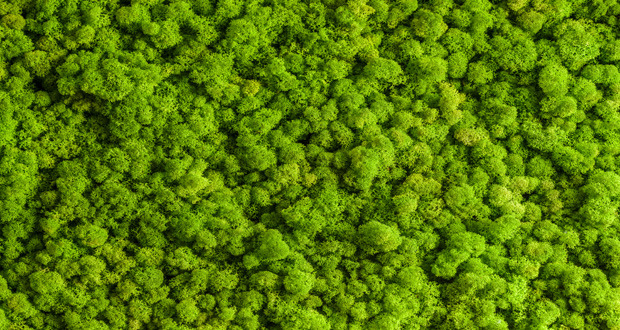 Cleaning up industrial heavy metal pollution, revitalising polluted waterways and a new source of gold, can moss really hold the key to all this? You bet says king of the byrophytes Dr Misao Iyouga…

Bryophytes ­– mosses and liverworts – are non-vascular land plants that originally evolved about 500 million years ago and now comprise about 20 thousand recognised species.

They have unique eco-physiological functions, such as water retention, water diffusion, and element cycling during water circulation within wetland and forest colonies. In our lab, we believe these eco-physiological functions are very important for water regulation within terrestrial ecosystems, and that to some extent, they can regulate water quality in aquatic ecosystems. This ability is considered to be unique among terrestrial plants, and is certainly related to bryophyte morphology, which lacks a vascular system (stems, roots) and cuticle layer. Because this is especially true in the protonemal stage of development – just when juveniles are grown from spores – we wondered whether heavy or precious metals could be removed from aqueous solutions using protonemal moss cells.

Past research indicated that the moss Funaria hygrometrica can absorb metals very well, so we began a research project that focused on using its protonemal cells to develop a sustainable metal-recycling system for industry. This project is promising, and we recently published findings showing protonemal F. hygrometrica cells can absorb a tremendous amount of lead in their cell walls1.

Phytoremediation is the use of photosynthetic plants to remove contaminants from soil, surface water, or ground water. While this type of treatment method is “clean” and does not require additional power or chemicals, a biological treatment system based on phytoremediation must consider the risk to animals higher up in the food chain. We certainly do not want clean water at the expense of animals that eat moss. So, we have begun evaluating the risks of using moss as a lead adsorbent material in collaboration with a recycling-oriented company under the governance of the Ministry of Economy, Trade, and Industry (METI) in Japan. Related to this issue and our recent findings, one of our current goals is to develop living protonemal cells into dried prepared cell walls that can be used for removing lead from mine wastewater.

Currently, we are waiting at the initial stage of the METI project while the environmental risks are evaluated. In parallel, another development strategy involves sharing our cell-wall fractions with chemical and physical scientists in efforts to understand the fine structure of the cell walls and how lead stays bound there. This could lead to creation of synthetic biomimetic materials that could function in the same way without the requirement of live moss.

Lead concentrations in marine water are elevating due to anthropogenic (human made) emissions of lead into the air, water, and soil. Indeed, lead concentrations in marine water are up to an order of magnitude greater than natural concentrations, and it has been reported that the lead content in the teeth of animals such as the California sea otter (Enhydra lutis) has increased 2- to 15-fold over the last 2000 years. In the future, we hope to use the potential of protonemal cells for cleaning lead from seawater.

Although lead adsorbed by F. hygrometrica was desorbed in water with higher ionic strength (Itouga et al. 2017), we are also interested in halophytic mosses such as Schistidium maritimum, which might be better suited for marine water.

Existing chemical treatment systems that use high amounts of iron and neutralizer produce high amounts of poisonous material, which is typically stocked in landfill dams that can create barren zones. Our moss-based absorbent material will be excellent for reducing the area of these dead zones because its ability to accumulate lead is higher than the existing chemical absorbent materials. We have also recently begun designing ways to encourage re-vegetation using a moss with iron tolerance, a process called “greening”.

We believe our challenging designs can directly contribute to sustainable development goals set by the UN. Of course, we have not focused exclusively on lead pollution. Mercury (Hg) pollution is another problem that has been studied extensively, but without a perfect solution. We believe that mosses have the potential to be an absorbent material for regional mercury pollution, which is a serious world-wide problem caused by anthropogenic emissions. In Japan, the special aquatic liverwort Jungermannia vulcanicola typically grows in acid streams with high concentrations of heavy metals such as iron or mercury. We sampled this liverwort species and reported on cultivation systems2. Now we culture this liverwort in our laboratory and the cultivation system can be used for removing mercury from aquatic environments such as sulfur springs.

In the recent past, we reported that the moss Scopelophila ligulata can grow on substrates with high iron or copper concentrations3. We have also characterised how the morphological specialisations of the thalloid liverwort allow for an asynchronous manner of diffusion and a ubiquitous pattern of retention4. This year, we reported that specific tissues in the weed-like thalloid liverwort Marchantia polymorpha show differential accumulation patterns and tolerance levels for heavy metals5. In the near future, establishing large-scale systems for cultivating these mosses and liverworts will be important for producing enough greening material to revitalise barren zones that have high levels of lead, iron, copper, and other pollutants.

We have also proposed a new concept and material toward future gold-resource recycling technology. In general, gold is one of the most noble, expensive, and attractive metals, which also has properties that are useful in electronics, metal-plating, catalytic reactions, and the medical field. Gold is mined from natural ore and purified by means of a smelting process that includes strong heating and chemical treating. In the 21st century, a new gold rush has just started at the leading edge of nanoscience and nanotechnology research. However, limits in gold availability could have a negative impact on the industrial uses proposed by these studies. Therefore, we think that a new technology for recycling gold from electronic waste (E-waste) will be highly desirable in the near future. We pursued this idea, and recently found an environmentally friendly metal absorbing material which can accumulate gold (actually, F. hygrometorica, the same moss that we found loves to accumulate lead). The protonemal cells from this moss can accumulate gold up to more than 10% of its dry weight1.

It turns out Moss is useful for more than metal absorption. It has a place in plant art forms such as bonsai, terrariums, and aqua-terrariums. Velvet-type mosses are preferably used for bonsai because the primary trees look bigger with a shorter green carpet. Actually, we have already sampled the popular mosses used for bonsai and are currently establishing a cultivation method in our laboratory using protonemal cells. In the future, we will try to provide it to bonsai enthusiasts around the world. Morphologically unique mosses such as Pyrrhobryum dozyanum and Bartramia pomiformis are used for terrariums and aqua-terrariums. These mosses cannot be cultivated on a large scale in outdoor fields, but they can be with our technology.

Please look for our moss-based art in the future, maybe even at the Tokyo Olympics in 2020!

Misao Itouga obtained his PhD in Plant Taxonomy & Ecology from Hiroshima University. In 2003, he joined the RIKEN Plant Science Center as a research scientist and is now a Senior Research Scientist. He is one of many young Japanese bryologists.