Everyone is invited to the science party 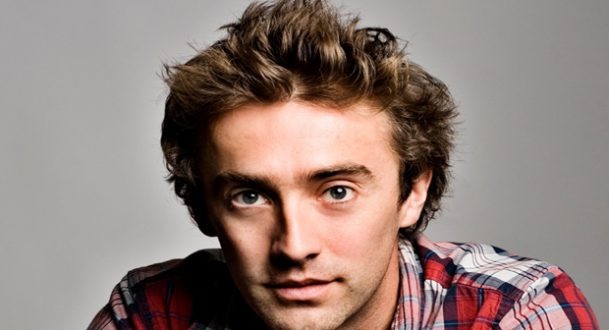 Dallas Campbell is a well-known science populariser and, this month, will be a key speaker at the Scientific Laboratory Show talking about society’s relationship with science, technology and engineering. We caught up with him in a make-up chair as he prepared for his latest TV series geared towards bringing science to the masses…

What first sparked your interest in science and technology?

Well, first and foremost, I'm not a scientist but I have a natural curiosity about nature and the universe, and how it all works. I've always loved it; I grew up watching Tomorrow's World, Carl Sagan, and The Ascent of Man with Jacob Bronowski, and remember being absolutely blown away. I was too young to really appreciate it, but it was that sense of exploration, adventure, discovery and wonder. That is what science is about, and that's the thing that has always grabbed me. For me, science is a cultural thing. I’m not actively doing experiments or writing scientific papers, but I just enjoy it, it’s part of the world. It's like asking why we like music; it's such an unanswerable question – because I'm human, because I’m alive.

How do you think we could make science more accessible to the world at large?

We've got into this mind-set that science is for boffins, and it drives me a bit crazy. We should be making people feel invited to the party. I think it would help if more people had a better understanding of how science works at an earlier age. As small children, we explore the world free from the pressures of life but, unfortunately, the way science is taught at school doesn’t always build on that foundation. It's often dry and based too much on what we know rather than how we got there. From the age of 13 or 14, science can become a chore and the wonder of it all is lost, except for the lucky few who still embrace it and keep that curiosity.

You regularly appear on the judging panel for the British Science Association’s annual Young Scientist and Engineer award. What key attributes do you look for in the contenders?

Of course, it's how robust the science is and how well they understand what they're doing. But beyond that, I also look at how imaginative they are and how well they communicate their subject. Historically, there was a problem in the way that science was communicated – it was a bit ‘sniffy’ – but that is changing. That is important because, if you want the public to be engaged with science, then you need to connect with them. I’m looking for a spark, the ability to speak clearly and share the enthusiasm that made them fall in love with science in the first place.

You've mentioned that Carl Sagan was a hero from your childhood, and your latest book Ad Astra: an illustrated guide to leaving the planet is all about space flight. Why did you choose this topic?

My aim was to look at space travel in much the way I’ve been describing. It’s a history of mankind’s quest to leave the planet, but it's also very much a cultural look at space and why human beings have this urge to explore. We want to go and see what's over the horizon. And it’s also about human imagination; we've evolved with this great imagination to leave the planet but, unfortunately, our bodies haven't and we're kind of stuck here! However, our quest through science, engineering, art and music – and all facets of human culture – are beautifully shown on the canvas of spaceflight, and that's why I chose it. As a guidebook to leaving the planet, it's pretty terrible – it's more a history and philosophy.

And that begs the question, would you go up into space if you had the opportunity?

Well, I've spent quite a lot of time with astronauts and, although I wish I could say yes, I think I’d be terrible! I would be absolutely fine to blast off in a rocket and survive, until something went wrong, and then I would cry and start panicking!

Joking aside, there’s a tremendous amount of work going on looking at the long term physiological and mental health effects space travel might have on mankind, particularly on the International Space Station which, incredibly, has been orbiting the earth at 17,500 miles an hour for 17 years now. The astronauts of today have better communication channels that mean they’re visible to the public on social media, and constantly in contact with the ground. But when it comes to Mars, it’ll be a different story. It’ll be a nine-month journey and the Earth will recede into a tiny pinprick of light, which you would think might have a huge psychological effect. It could be messy – human beings are really fragile, we're high maintenance – but if we want to push forward and explore, then we have to overcome these challenges, and I have no doubt that we will.

See Dallas’s full presentation at the SLS show will be at 11:30am on Wednesday the 23rd of May at the East Midlands Conference Centre at the University of Nottingham. www.scientificlaboratoryshow.co.uk/home