The flora and fauna of modern forensics 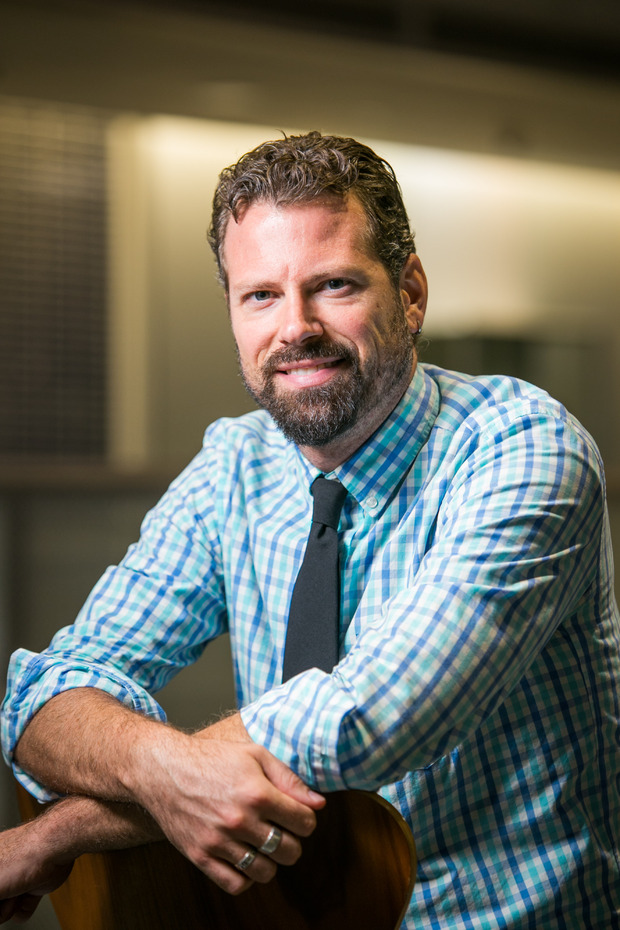 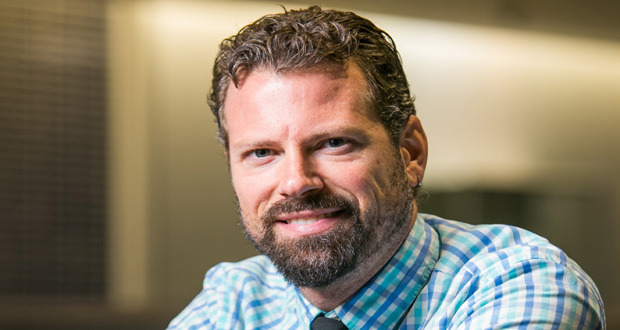 The postmortem microbiome, forensic botany and some very angry creationists… when Professor Nathan H. Lents isn’t pushing forensic science in a very interesting direction he is writing some rather fabulous books

Tell us a little about your current academic work?

I have very eclectic interests, which suits me very well in the realm of forensic science. At various points, I have studied everything from cell cycle progression to gene expression control to drug detection in body fluids. Currently, I am working in two areas. Firstly, I am studying the microbes associated with human decomposition. This is an important question in forensic science because I and others are working on the technology to use the postmortem microbiome to aid forensic investigations. This is most often associated with tools to determine the postmortem interval (time since death), but there are other potential uses of the microbiome, such as connecting a victim with a suspect or with a specific place or experience in their final hours, for example if the body was moved, etc.

The microbiome can also tell us about toxins, trauma, disease states... the possibilities are almost endless! Secondly, I am interested in forensic botany. I think that plant residue, especially pollen, is an underutilized resource in forensic investigations. Pollen can be present in very high concentrations and attaches to our clothing and our persons, especially the nostrils. This can be used to track someone back to a specific place and I'm working on developing DNA-based tools to do that kind of thing. It's been difficult work because the plant genome is a bit of a mess, lots of hybridization among diverse clades occurring over millions of years of time but leaving genetic traces. It's interesting, but kind of painstaking to sort out.

Those are fairly unique approaches to forensic science - is it becoming mainstream for law enforcement to turn to less obvious avenues of investigation like this?

I would say that forensics, like all science, has always been driven by advances in technology. That's certainly true for research, but putting these tools to practice in the field lags behind for obvious reasons. It's kind of like the delay from new drug development to being used in the population. They have to do clinical trials to meet the burden of public safety, and we have to do validation studies to stand up to scrutiny in a court of law. It takes time.

I'm not bothered that people have different views and, in fact, criticism and skepticism are vital to the scientific pursuit

On the microbiome front - there has been a real boom of late in this area, how close are you to establishing a predictable change in the microbiome pattern following death? What are the big challenges?

This work has gone really fast and there are several groups tackling it from different angles. I do think it's very close, because in our very first paper on the topic, we developed a statistical model that was more accurate, through a longer period of time, than any tools currently available. I think the logical next step is to combine the various approaches being worked on and conduct a large-scale multi-site study at human decomposition facilities. From there, it just needs field testing and then we can start trying it in case work. I think it's a few years away from being used in the field, at least tentatively.

The biggest challenges are variability among individuals but also in the state of human remains when they are discovered. These are the inevitable challenges of a scientific question that always presents itself in an uncontrolled environment with many unknown variables, but machine learning is extremely powerful at seeing through statistical noise, so I'm hopeful.

Wearing your other hat, you are a great science populariser with books, blogs and television appearances. Why do you think this aspect of being a scientist is so important?

It doesn't have to be everyone's cup of tea, but I think it's crucial that at least some scientists spend time writing for and speaking to the public. Otherwise, we leave that purely to journalists (whose role is essential - I want to be clear about that) and, worse, we leave the public with the impression that we are inaccessible, unapproachable, interested only in things and not people, and just generally not like them. Scientists are people and most of us are deeply interested in people and their lives. I think we all need to do a little more work helping to demystify what we do.

Leaving science under a shroud of mystery invites skepticism of our data, not healthy scientific skepticism, but skepticism stemming from ignorance and misunderstanding. We are paying a terrible price for our failures in engaging the public in what we do. If our activism is limited to calling for better science education in schools, that's passing the buck. All of us need to do a little better to reclaim our rightful place in important public debates. 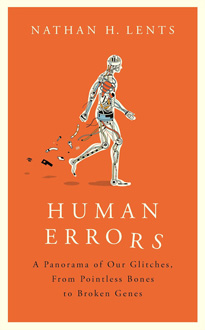 Your most recent book deals with our biological imperfections. It is fantastic, but there has been some push-back from the creationists - was that expected and how did you deal with it?

Yes, we definitely knew that creationists would not be happy with the premise of the book and would sound off about it. The book is not an attack on creationism or the pseudoscientific idea known as intelligent design - I don't think either term is mentioned even once, and the book is not written with that audience in mind. But we were well aware that it would be taken as such, so I'm not running away from that debate, either. It's understandable that it would draw a reaction because a critique of intelligent design is implicit in the book. There's no way around that. If you see the human body and mind as the product of evolutionary time and evolutionary forces, all of these many glitches and hiccups have perfectly reasonable explanations that are very interesting and illuminating actually. But if you see the body as the product of intelligent design, there is simply no explanation.

I predict that they will peck around the margins and offer alternative views of some of the anatomical issues, making lots of unfalsifiable claims, and that's pretty much what we've seen so far. What I find fascinating is that both "Answers in Genesis" and "The Discovery Institute" have criticized both of my books without even reading them. They don't even try to argue the data! An engineer (not a biologist!) appeared on a creationist podcast to criticize an article I'd written in the Wall Street Journal and less than two minutes in he said, incredibly, "I'm not going to argue any of the specific points." I wonder why not! The rest of the interview was sweeping generalizations, most of which simply don't apply to the issue of human biology. It's like they don't understand even the basics of modern biology. They would fail my Bio-101 course!

I'm not bothered that people have different views and, in fact, criticism and skepticism are vital to the scientific pursuit. What bothers me is how proponents of intelligent design completely misrepresent modern biological theories. They create a ridiculous version of evolutionary theory and then attack it. Since they're not actually reading the things they are criticizing, it's hard to know if it's genuine ignorance or active deception. I happen to believe that there is an obligation to be informed before speaking out publicly, so, at the very least, they are being intellectually lazy in my view. I have read a lot about intelligent design and "irreducible complexity." I wouldn't dream of criticizing them if I hadn't.

Nathan H. Lents is Professor of Biology at John Jay College, The City University of New York, and the director of the honors programs

You can be in with a chance of winning his latest book, Human Errors here