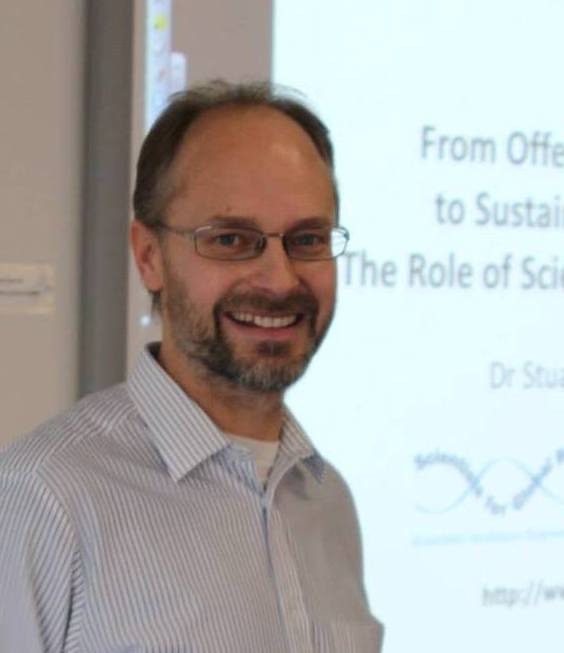 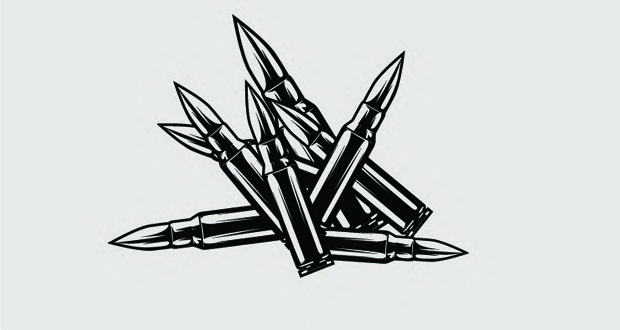 Given the clear link between climate change and violent human conflict isn’t it obvious we should spend less on military funding and more on environmental science? Well, certainly says Dr Stuart Parkinson, if only politicians would listen…

The Intergovernmental Panel on Climate Change (IPCC) has warned that climate change can destabilise societies, increasing the risk of violent conflict. Current warming trends, it says, will lead to “severe, pervasive and irreversible impacts” if action to reduce carbon emissions is not considerably increased soon1.

Indeed, recent academic research has provided evidence of the links between climate and conflict in the years leading up to the outbreak of war in Syria2. Hence there is a strong security argument for putting the necessary funding into tackling climate change and using at least some of the world’s military budget to provide the necessary finance. Yet newly published data on current spending patterns show that this is far from the case.

According to the Stockholm International Peace Research Institute (SIPRI), global military spending in 2017 reached its highest level since the end of the Cold War at approximately $1,740 billion3. The US budget continued to dominate being 35% of the total, more than the spending of the next seven nations put together. Second place China’s spending was approximately 13% of the total, this being more than double its level a decade ago. Saudi Arabia overtook Russia to become the third largest military spender. This was partly due to Saudi’s ongoing involvement in the war in Yemen, and partly due to Russia’s spending falling 20% between 2016 and 2017 as it tried to manage its economic problems. India completed the top five, its military spending having risen by 45% over the last decade.

Western Europe’s spending stood at $245bn, nearly four times that of Russia, and rising again after a few years of decline. The largest spenders in this region were France, the UK and Germany. The combined spending of the 29 members of the NATO military alliance – led by the USA – was more than half of the global total, which rather undermines the argument that such high levels of spending are required to counter potential security threats from nations like Russia and China.

But while money is freely made available for military equipment, the same is not true when tackling climate change. The IPCC last produced estimates for climate spending in 20144. It concluded that nearly $400bn a year was being spent on a combination of mitigation – reducing carbon emissions – and adaptation to the effects of climate change that were already underway. It estimated that a very large increase in annual spending – of around $500bn a year – was needed to give the world a better than 50% chance of keeping below the internationally agreed target of a 2°C global temperature rise.

To stay below the 1.5°C target – the more precautionary level also specified in the 2015 Paris climate agreement – would require markedly greater spending. But this would also provide considerably more protection, especially for the world’s most vulnerable, while also creating a range of different economic opportunities in low-carbon sectors. The Climate Policy Initiative (CPI) has compiled more recent data, producing estimates for global spending on tackling climate change for the last five years5. It concluded there has been a small increase over the period but estimated that a total of over $1,000bn a year is now needed. Thus, the funding gap seems to be getting wider. To put this into context, a reduction of world military spending by about one-third would be sufficient to fund the difference between the actual and required levels of climate funding.

Looking closer to home, the CPI estimates that Western Europe currently spends about $107bn a year on tackling climate change6, which is equivalent to just under 45% of its military spending. While this is a considerably better proportion than in countries like the USA7 or regions such as the Middle East8, it still falls well short of the level needed. Indeed, with EU proposals now being considered for a major new European Defence Fund – to increase research and development and bolster the continent’s arms industry – this imbalance is set to become even worse9.

What of the UK? It has the seventh largest military budget in the world, and this is once again on the rise. Spending per head is also high, being for example more than four times that of China. The UK’s Defence Equipment Plan10, which amounts to £180bn ($245bn) over the next ten years, is particularly revealing in terms of spending priorities. Among its most controversial programmes are: building four new nuclear-armed submarines; the development and deployment of new armed drones; and completing the commissioning of two huge new aircraft-carriers, by far the biggest warships in British naval history. The UK is also one of the world’s largest arms exporters, including to countries with very poor human rights records, such as Saudi Arabia. The government’s justification for these huge equipment programmes is to defend the UK’s ‘vital interests’, but its interpretation of this concept is vague and much broader than the more straightforward idea of territorial defence. An adjustment in strategy would free up significant resources which could be used for tackling the roots of conflict.

In terms of climate change, the UK government, after several years of policy drift, launched its ‘Clean Growth Strategy’ in 201711. The aim is to build on the reduction in carbon emissions achieved since the base year of 1990. While the government points to impressive reductions achieved within UK borders, it generally fails to acknowledge its own data showing that most of the apparent drop has been offset by net imports of carbon intensive products produced elsewhere in the world12. Hence it is not surprising that the government’s advisory body on climate has argued that much more ambitious action is needed to meet Britain’s share of the reductions necessary to hit the 2°C target, let alone the more demanding 1.5°C level13.

One particularly striking example of the imbalance in resources between military and climate priorities can be found in UK government spending on research and development. Recent statistics show that spending on military R&D is 30 times that of renewable energy R&D14. And last year’s new industrial strategy made no provision to improve this situation.

Lack of finance is often put forward as an excuse for unambitious action on climate change. Meanwhile, military budgets are being expanded despite the fact that often all this does is fuel arms races, undermining security. Many current political leaders across the world don’t seem to understand that increased spending on tackling climate change would make a major contribution to improving security, along with all the other benefits, including job creation. They focus on ever more complex weapons technologies – despite the considerable failures of so-called ‘military solutions’ in regions like the Middle East. As former UN Secretary-General Ban Ki-moon once said, “the world is over-armed and peace is under-funded”. Time is rapidly running out to reduce carbon emissions – but diversion of some of the wasteful military spending would make a key improvement in this cause of insecurity. 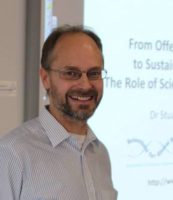