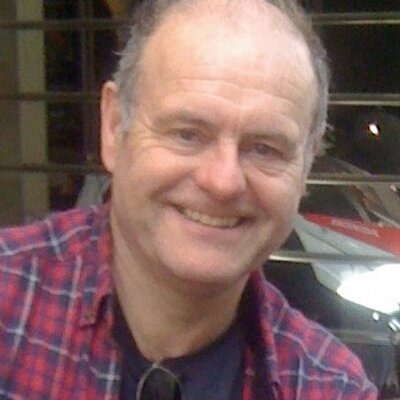 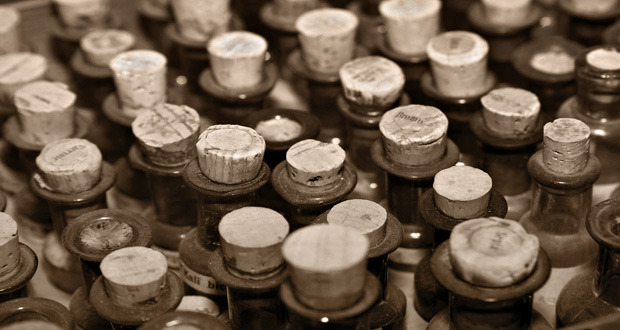 Orphan diseases, companion drugs and repurposing – the trials and tribulations of pharmaceuticals are driving the quest for a fresh approach to tackling the tough economic model of drug development

Strangers to the world of pharmaceutical research would be shocked to discover that Thalidomide is still available as a prescription drug. Thalidomide, used in the 1960s to treat severe morning sickness caused harrowing birth defects. It’s believed more than 10,000 babies in 46 countries were affected.

In certain cases of multiple myeloma and in complications with leprosy, Immunoprin (Thalomid), as it is rebranded, helps suppress the immune system in support of a range of cancer treatments. It is a shining example of a “failed” drug being successfully re-purposed.

There are copious of examples of this “repurposing” and new examples are emerging month by month.

The licensed anti-depressant trazodone hydrochloride and an anti-cancer compound dibenzoylmethane (DBN) have been shown to reduce brain shrinkage attributed to Alzheimer’s and other neuro-generative diseases. Together they appear to block a pathway linked to brain cell death caused by prion disorders such as Creutzfelt-Jacob disease and dementia.

Looking for new uses for established drugs is more than just a case of lateral thinking. Pure economics makes it a sound option

There is circumstantial evidence that the humble aspirin might be useful in cases of lupus. Drugs can certainly turn new tricks for the health benefits of all as well as those with rare diseases. The problem is identifying those applications and getting them fully licenced to work in a new context of a disease or condition. The US-based organisation Cures Within Reach has been advocating repurposing since 2011. It’s spokesman Bruce Bloom said: “There are thousands of ideas inspired by underlying laboratory or animal data or clinical observations that point to other disease targets for drugs that are part of the regular scene.”

A report in 2014 concluded that the cost of developing new drugs from trials to marketing, which can take a decade to complete, is $2.6bn (£2bn). These costs have increased by an estimated 145% a ten-year period. In the USA patent protection on new drugs is generally granted in twenty years but the FDA will not allow the manufacturers to sell a new drug until it has approved validated clinical trials. These trials take years, cutting into that vital patent protection period. On top of that is the risk that the patented drug may have unexpected side effects and fail the trials. There is a genuine concern the day will dawn when there is no profit in new drugs and no incentive to do research.

Demand and desperation Looking for new uses for established drugs is more than just a case of lateral thinking. Pure economics makes it a sound option. It is an approach driven by demand and desperation for new treatments and by the need to find new therapies to tackle rare diseases. The cost of bringing a new drug to market and the risk of failure on the way, drive the search for strategies for developing drugs or finding new applications for existing drugs.

Cycle Pharmaceuticals (CP) based in Cambridge is re-imagining how drugs can benefit patients by improving the efficacy of their treatments. CP says it targets overlooked areas of medicine and “imbalance in the market”. Its aim is to make a tangible difference to patients with rare conditions. By addressing treatment issues with cutting-edge expertise and what it describes as a “fresh, bold approach”, it hopes to make a difference to patients’ lives.

The R&D cost-benefit dilemma is the sword of Damocles hanging over the pharmaceutical industry and although repurposing offers a solution in some cases it can’t be the total solution. So, what other options are there?

Today we see the true value of data stores. Data is king for most enterprises but it’s become clear that the pharmaceuticals sector has some catching up to do to effectively tap into the hidden value in the terabytes of data associated with drug research of the last fifty years. There’s no reason why this colossal store of knowledge cannot lead to new innovative derivatives.

Pharma companies have been dabbling with digital technologies and analytics-driven pilots, but instead of seeing meaningful impact on productivity and access, they have seen seeing cost and complexity increase.

According to a recent paper by the Boston Consultancy, a global management strategy company, the industry could double Pharma value by proper exploitation of data. Sam Marwaha, the report’s co-author says: “The reality is that digital technologies won’t transform a business if its operating model is not designed to accommodate digital innovation. To thrive in the era of value-based health care and personalisation, companies can’t simply make incremental changes within their existing operating model. They need an end-to-end redesign.”

Marwaha cites Apple’s iPhone as an example of what he means. The disruption to the technology industry caused by the arrival of the iPhone provided a useful analogy to what’s possible in Pharma today. First, Apple assembled proven technologies (like touchscreens and GPS) into an end-to-end redesign of the customer experience. While existing competitors were “optimising locally within the constraints of the legacy model” (by introducing new product features, for instance), Apple was breaking through the constraints of that model. Apple opened up the iPhone to an “ecosystem of third-party app developers, creating platform economics”.

Each new app increased the value of the entire platform not only for Apple, but for its development partners and customers, fuelling a virtuous cycle which attracted ever more developers and customers and accelerated strategic differentiation.

Here is the opportunity for Big Pharma to capitalise. It should be able to assemble proven digital and analytics innovations into an end-to-end redesign, from product development through to market access. By opening up the data science platform at the heart of the redesign to customers (payers and large provider institutions) and external innovators, Pharma can create its own platform economics. Such a redesign has the potential to double the economic value of a pharmaceutical company’s products, says Marwaha.

It is going to take some energy and commitment to make the supertanker that is Big Pharma change course - but it must be possible.

A deft companion A third strategic pathway for R&D success with drug development is companion diagnostics (CD). In simple terms, CDs is a test applied in advance of the therapeutic drug to determine its suitability for a specific patient. CDs are developed based on companion biomarkers which help predict a likely response to, for example, severe toxicity. They could revolutionise drug development and have the potential to personalise treatment.

Companion diagnostics emerged in the 1980 amid some initial speculation about their value. Proponents believe it can identify patients who are most likely to benefit from a particular therapeutic product, those likely to be at increased risk for serious side effects as a result of treatment and monitor responses to treatment with a particular therapeutic product for the purpose of adjusting treatment to achieve improved safety or effectiveness.

Over the past 15 years, routine testing for Her2 gene in breast cancer and availability of companion drugs, have changed the standard of care, and outlook, for those affected. In approximately 20% of breast cancers the Her2 is switched on, too much, so the protein appears at high levels. This also happens in some stomach cancers and other malignancies.

Knowing if a tumour is Her2 positive, or negative, can make all the difference in a breast cancer patient's course, including survival. Which is why these companion diagnostics, and their accuracy matters so much.

Researching for new drugs to treat rare diseases is fraught with problems linked mainly to unfavourable economies of scale. Where is the incentive to develop a drug when the “market” is so small? Yet for the victims living a life with a rare condition one can be one of the most painful, devastating, and isolating experiences imaginable.

The term “orphan diseases” was coined in the USA to classify these rare diseases and the drugs that might be used to treat them are known as “orphan drugs”. There is minimum incentive for companies to look for drugs to treat rare conditions because by definition the market for them would be small. The US Government was so concerned it changed the law so companies which research and design drugs to treat rare diseases now have a seven-year extended monopoly on that drug. In Europe that extension is now ten years.

In the UK charitable trusts such as Findacure are campaigning for more research in orphan diseases. Founded by Nick Sireau, whose sons were born with the rare condition alkaptonuria, Nick quit his job and teamed up with Tony Hall who was establishing a group supporting the development of not-for-profit drug development for rare diseases.

Sireau says: “Traditional R&D seemed to be failing the tens of thousands who long for treatments. There’s a lack of funding, a lack of support and usually no treatments.”

For Nick and Tony, who are crusading for new approaches to drug research, data mining, companion diagnostics, repurposing of familiar drugs and putting them in new regimes, offer more than a glimmer of hope.

“We are working on building cost-of-illness models for specific rare diseases, quantifying the current cost to the UK’s National Health Service (NHS) – and revealing potential savings through the of use repurposed drugs as treatments. In the process, it is bringing hope to patients and the potential to save lives.”

François Houÿez, treatment information and access director at European rare diseases patient organisation Eurordis, cites the Orphanet database of ideas from clinicians using authorised treatments off-label for rare disease indications. He estimates the 144 authorised orphan products in Europe cover only 1% of rare diseases, and maybe 5% of patients with a rare disease. The vast majority of patients have no treatments. He says it is essential we find an equivalent favourable environment for second medical uses of older products.

Houÿez says: “There were many projects for which evidence needed to be generated on efficacy and safety, and we thought it could be a source of new ideas for market authorisations for second medical use of pharmaceuticals. But it didn’t work – the ideas did not match with companies or developers to take them on board. Put simply, they could not see how they might make money.

“Often, there is no economic incentive to do it,” he says. “Repurposing aspirin for lupus might make a huge difference to patients, but no-one selling aspirin would want to spend the $40–200 million (£30–150 million) it would cost to get global approval for one new indication.”

It’s a problem that needs addressing today. We should remember that in nature exceptions can teach us so much. So it is with our rare genetic diseases. They offer so many clues to a better understanding of ourselves and that in itself should be the incentive enough for valid research programmes. 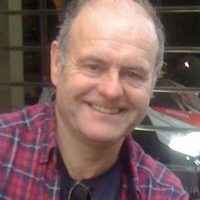