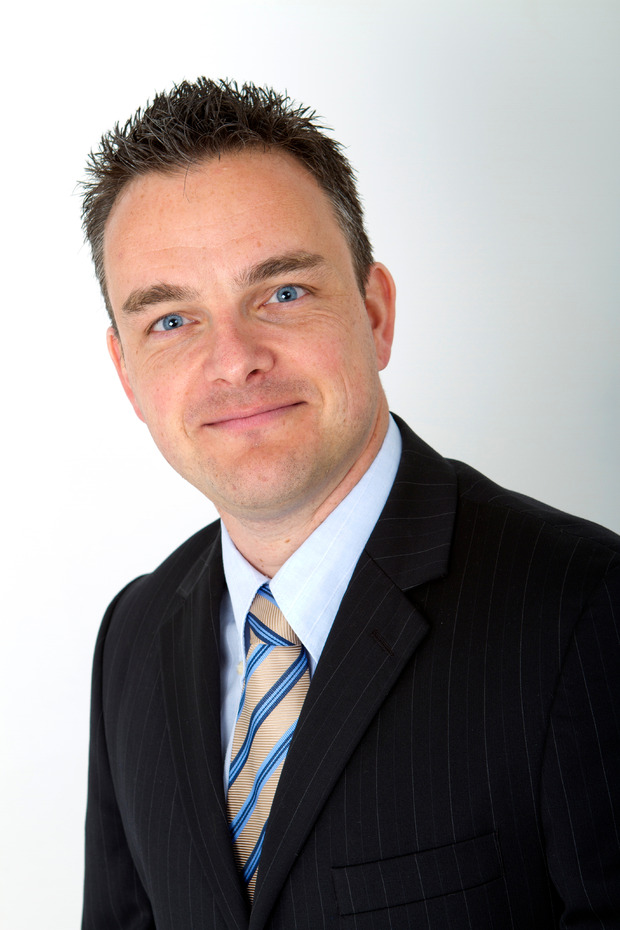 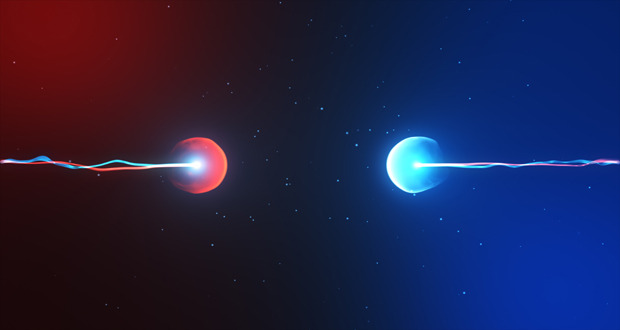 When it comes to visualising ultra-fast phenomena, especially biological processes, there is a problem – the Terahertz gap. Now, a pan-European consortium – the EuPRAXIA project – are collaborating to design the world’s first high-energy plasma-based accelerator to over come it…

To capture the fastest movements – such as proteins unfurling or molecules breaking apart – you need a light source that operates at a similar speed.

International scientists collaborating on the EuPRAXIA project are edging closer to making this a reality. They are designing a new generation of particle accelerator that will be stronger and more compact than the accelerators used by industry today. One problem with the existing technology is the size of the infrastructure required. The Large Hadron Collider, for example, uses a circular tunnel 27km long with radio frequency cavities at intervals to propel the particles to the highest speeds currently possible.

To progress further, we require a different type of approach to overcome the physical limitations of the current technology.

There is strong industry demand for a new approach as accelerators are used throughout industry for imaging, inspection and treatment. An APPE survey in 2017 estimated that there are 40,000 accelerators in use today supporting new product development valued at $500 billion a year.

The healthcare market is particularly interesting It is well known that plants generate bioactive molecules. For example, the Madagascar periwinkle[i], a little plant found in the tropical rainforest, is the source of two molecules: one is used to treat childhood leukaemia, improving the survival rate from 10% to 95%; the other is used to cure most victims of Hodgkin’s disease with worldwide sales of £75 million a year.

The structure of these molecules was determined in part by research using a Synchrotron Radiation Source (SRS) at the Daresbury Laboratory in Cheshire, UK. These enormous machines use an electron gun to excite bunches of electrons to 200 million electron volts, then a booster system pushes the energy up to 6 giga electron volts. The electrons in a storage ring go round and round and, as they pass through a magnetic field, they generate a broad band of electromagnetic radiation.

Protein structure is currently studied using x-ray beams generated by a synchrotron accelerator. It was one of these, again at Daresbury, that was used to deduce the structure of ATP synthase, the energy molecule that is used to transport free energy around all living things.

The synchrotron creates an x-ray beam that, when it shines onto a crystal, creates a diffraction pattern from which you can deduce its structure of the molecule. However only a small proportion of our proteins have been characterised in this way because the fastest events in nature happen at speeds beyond the frequencies of the waves that we are currently able to produce.

The electromagnetic spectrum goes all the way from microwaves and radio waves to gamma rays and x-rays. But there is a little gap in the middle at about 10^12 hertz called the Terahertz (THz) gap, where it is difficult to generate waves.

Visualising living processes Living things use the Terahertz region of the electromagnetic spectrum to organise their biological processes, so understanding vibrations in this spectrum is fundamental. The fact that we can’t generate these waves is one of the reasons we understand so little about living things, particularly about how DNA regulates protein production.

Professor Peter Weightman[ii] of Liverpool University was the first to use scanning near-field optical microscopy coupled to an infrared free-electron laser (FEL) to image live cervical cancer cells, achieving the highest ever spatial resolution. This work showed that abnormalities could be detected by visualising changes in the chemical structure of the cells.

The FEL was driven by another type of accelerator at Daresbury called ALICE, Europe’s first energy recovery linear accelerator. This is different to a synchrotron in that the electron bunch only goes around once and becomes out of phase with the acceleratory unit, forcing it to give up its energy to the next bunch. By keeping the bunches of electrons smaller than the wavelength emitted, a massive increase in energy is created as the bunch goes through the magnetic field, creating the FEL.

To study cancer in living cells you have to keep the tissue culture in incubators: in a carbon dioxide atmosphere at a controlled temperature. Using infrared from FEL generated by ALICE, Professor Weightman showed that it was possible to take the radiation into the incubator and study living cells, determining the difference between diseased and healthy tissue. This work in the infrared spectrum opened his eyes to the potential of working in the THz spectrum.

Terahertz Spectroscopy offers scientists the opportunity to study fundamental physical phenomena by probing low-energy electronic and molecular excitations. These types of insights into the causes of diseases such as cancer could lead to new types of treatment; for example, Professor Lyubov Titova[iii], of the University of Alberta, Canada, has already shown that intense THz radiation changed the expression of 400 genes in skin cells. This finding offers a possible new therapy for cancer by reversing the confused structure of DNA that is giving rise to genetic defects.

However, THz Spectroscopy requires high-energy electron beams of industry quality. Until now the size and cost of accelerators, as well as other limitations of the existing technology, have restricted its exploitation. If it were possible to make the electric field stronger in a different way it would create the opportunity for smaller, more cost-effective accelerators.

Next gen plasma accelerators Having pushed the current technology to its limits, there are several new approaches being considered; one inspired by the wake surfer.

When a motorboat crosses a lake, it disturbs the surface of the water and leaves a wake, or series of waves. If the boat travels at speed these waves get stronger and a surfer attached to the back of the boat gains additional speed by riding the waves.

It is possible to recreate this effect by using plasma, the fourth state of matter, as the ‘lake’ and a laser as the ‘boat’, with the particles accelerated across the tops of the waves in a similar way to the surfer. Focusing the beam of light increases its intensity, and the current technology can achieve a spot of 20th the width of a human hair with intensity greater than that of the sun.

Additionally, the beams of electrons ‘wiggle’, creating packets of energy. This offers the ability for high-resolution imaging – such as 3D images of bones. This type of imaging is possible now but takes days to achieve. Plasma accelerators would be able to sustain an electric field up to 10,000 times greater than more conventional radiofrequency (RF) accelerators in a much shorter distance and be used to produce laser-like flashes of radiation that can detect ultra-fast phenomena.

To visualise a molecule breaking apart needs a femtosecond light pulse. This was first achieved by Ahmed H. Zewail[iv],[v] using a pump probe to create short pulse laser light. He showed it was possible to create a movie using these ultra short pulses to observe chemical reactions, opening the potential for femtochemistry. If it were possible to reduce the length of the pulse still further then the movement of electrons could be captured.

For this an attosecond light source is needed but the fundamental limitation is the light wave. It has been found[vi] that focusing the laser into gas or plasma creates harmonic radiation, bands of x-rays that can generate attosecond pulses in parallel to create a ‘white’ laser.

With access to such a light source it becomes possible to create an attosecond camera that can study electronic motion in various kinds of materials.

International effort The EuPRAXIA consortium[vii], a group of 16 institutions and 24 associated partners, has come together to design the world’s first high-energy plasma-based accelerator. It will be stronger and more compact than the current accelerators used by industry today, opening up the opportunity to use the beams for new types of applications.

For example, it was recently announced that new computerised tomography (CT) scanners have been introduced at Heathrow Airport that can produce a three-dimensional x-ray image of hand luggage to allow the detection of explosives. This has been welcomed as it means that passengers no longer need to separate out their liquids, which is a major cause of delays in security. CT technology is routinely used to scan hold luggage but the size and cost of the accelerator has limited its use.

With a high energy from a plasma accelerator it would be possible to create a portable scanner that would see inside jet engines or nuclear storage facilities to look for faults, and to see through surfaces, for example to check for land mines.

The EuPRAXIA consortium is making good progress towards a conceptual design report for the world’s first 5GeV plasma-based accelerator due to be released at the end of 2018 – the next stage is to raise funds required to build it.

[box type="shadow" ]About EuPRAXIA EuPRAXIA aims to develop a conceptual design report for the world-first 5 GeV plasma-based accelerator with strong industrial applications. The project has been awarded 3M€ to design accelerator technology, laser systems and feedbacks for improving the quality of plasma-accelerated beams. [/box]

Professor Carsten P. Welsch is EuPRAXIA Outreach Coordinator, Group Leader at The Cockcroft Institute and Head of Physics at The University of Liverpool