Gearing up for show time 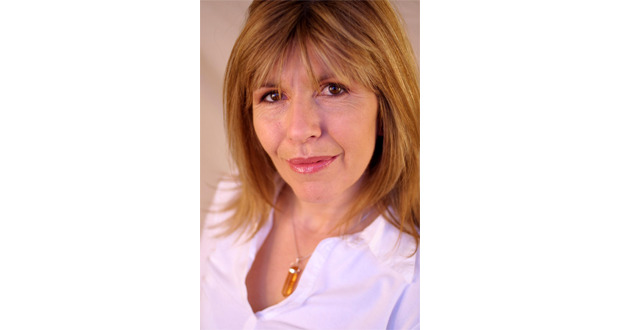 Science populariser and broadcaster extraordinaire Maggie Philbin will be a keynote speaker at this year’s Lab Innovations. We caught up with her ahead of the event to talk Tomorrow’s World, getting young people into STEM and having an interview on a trampoline!

Most people probably know you for your broadcasting work over the years – many of us have grown up watching you demonstrate cutting edge technology on TV – are there any moments that particularly stand out for you?

I think the most interesting thing has been to watch the convergence of tech we demonstrated for the first time on Tomorrow’s World.

Stand out moments were the frightening ones: being dropped into North Sea from a helicopter, jumping off 200ft cliff with marines, flying upside down in a Hawker Hunter about 100ft above a runway at 500MPH, going in one-man submarine (I am claustrophobic and insisted on taking a book with me).

WISE (Women in Science and Engineering) awarded you an Outstanding Achievement in Communication and Outreach – why is scientific outreach important in an age where information is so easily accessible?

We have access to extraordinary amounts of information but young people don’t search out careers in tech unless they are already interested.

It’s very important to reach students who have no existing interest in tech, science or engineering and help them see how they might very much enjoy working in this space. We hold large-scale events and work directly with schools, across all age groups, in under privileged areas to make sure we do not miss any hidden talent!

TeenTech help all students understand that digital technology will impact on the vast majority of jobs - and that there are a vast number of opportunities across emerging tech and applied science and engineering with different entry points and pathways.

The TeenTech awards programme and TeenTech city of tomorrow are examples of student-led projects where we provide support for the students and opportunity. Having a productive experience will give teachers the confidence to effect change for the better. A large number of schools who ran the awards have now embedded them in their curriculum.

95% of the teens are from Government-recognised deprived areas and as a result of the programmes, have access to opportunity usually associated with private education. For example, in Brixton, the CTO from Disney mentored the students via Skype! In one, early adopting area, the first year saw 6 students involved. It was such a terrific success that the following year, 80 students applied!

I think more employers need to acknowledge that if they want a diverse workforce - and there is much evidence to support the idea that such a workforce builds better companies and products - then they do need to change recruitment and working practices.

Famously, an energy company spotted that at first interview stage, they had good gender diversity and as the interview process wore on, the women disappeared. After review of the process, it transpired, there was a test for spatial awareness. Women are- generally speaking- poorer in this area, so they did not pass. That would have been a useful part of the process if spatial awareness were required for the role in question. In their case, it was not! They have since amended their process and have even gender balance as a result.

Both these examples reinforce the fact that we need to adapt our mentality and in a lot of cases, our processes if we really want to find the all the talent we have.

You are the CEO of TeenTech – an initiative to help young people into STEM careers… how do you go about that?

I work flat out!

Seriously, I have a very brilliant and committed team with a shared vision to make a difference. We measure all our work and only continue with initiatives which we see make an impact.

We are highly collaborative and reach 10,000 young people face to face and over 75,000 through our school materials. We provide a carefully planned and coherent series of interventions for young people aged 8-19 - and over 98.5% of schools continue working with us. This means we’ve been able to measure our work over time. We do not believe in one-off interventions. We always have a strategic approach. We measure everything and gather evidence so that we can see where fundamental changes will have the greatest positive impact.

Over all the time you have been observing and reporting on science and tech – what would say is the biggest change you have seen?

Digital technology has opened many opportunities - it has never been easier to develop and sell a good product. However, at the moment advances and products are developed and driven by a very narrow segment of society (white middle class). For the most part, ideas developed by this demographic, are naturally going to be orientated towards that same, narrow demographic. This has to change.

Maggie Philbin has worked in radio and television for over 30 years on a wide range of science, medical and technology programmes, including Tomorrow’s World and Bang Goes The Theory. She is also CEO of TeenTech, which collaborates with business, education and professional organisations to bring teenagers, scientists and technology companies together