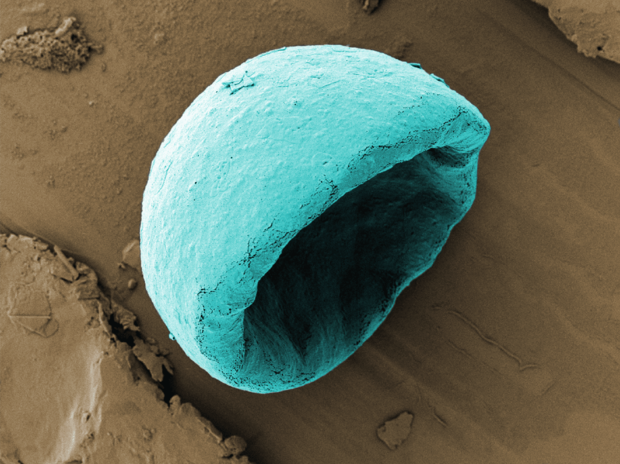 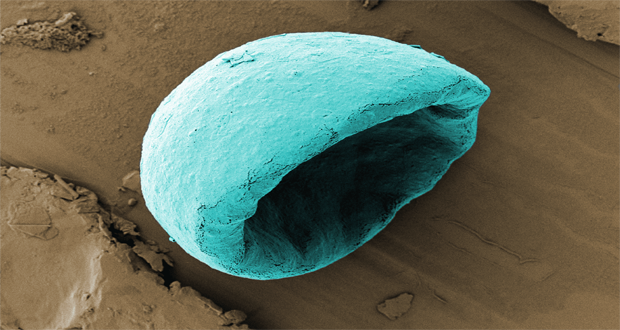 Biodegradable Microbowls by Tayo Sanders II from the University of Oxford. Many tumours lack an extensive network of blood vessels, making it difficult for anti-tumour drugs to reach their deeper regions. However, if bowl-shaped particles are injected with the drug, gas can be trapped in the particle’s cavity. If ultrasound is then applied, the trapped gas will oscillate, causing the surrounding fluid to be moved rapidly and be forced into the tumour, carrying the drug along with it, allowing the drug to penetrate further into the tumour. 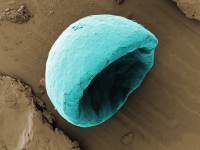