Tech that fits the profile 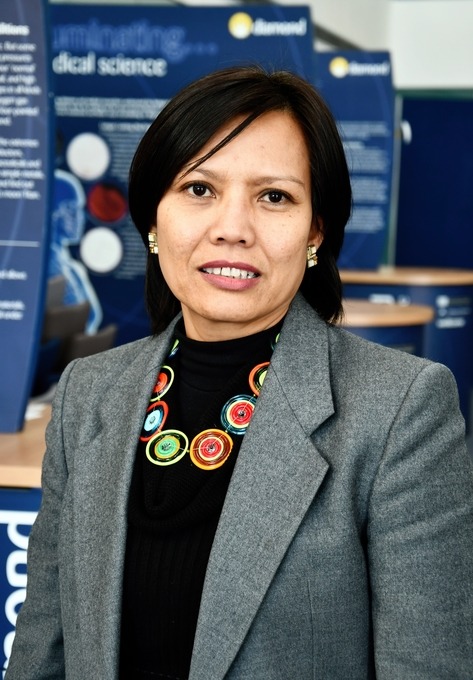 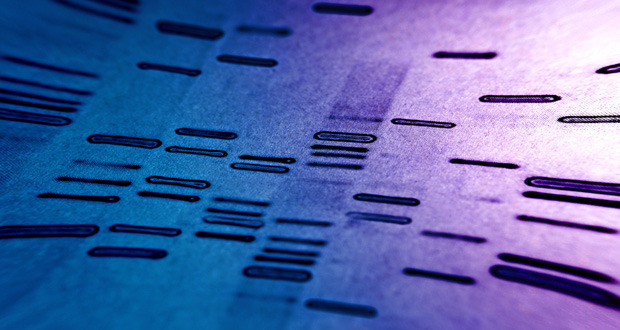 Work at the UK’s national synchrotron facility has helped advance the field of forensic DNA profiling thanks to the development of new highly fluorescent nucleosides. These tiny detectors could be applied to microchip technology to speedily analyse DNA samples – Rohanah Hussain catches us up with the technology

DNA is a versatile template that can be used for a variety of applications, and it is the life’s work of scientists at the University of Southampton, led by Eugen Stulz. Together with colleagues at the Ivanovo State University of Chemistry and Technology, Russia, they embarked on a fruitful project to explore the ways that it could be adapted to detect repeating sections of DNA for forensic analyses.

The synchrotron at Diamond was the perfect partner in this research as it has powerful analytical capabilities, and we justifiably have a long history of working with the team at Southampton.

DNA is made up of nucleotide building blocks, which form long strands that bind to complementary sequences to form the familiar double helix. The nucleotides, or nucleosides if they lack the phosphate groups, can be tailor made to build new functional molecules.

DNA sequences are largely similar between people, but there are small sections of variable non-coding DNA that set us apart from each other. These distinguishing regions of DNA contain repeats of the same three to four nucleotide sequence, and as such they are known as short tandem repeats (STRs). STRs form the basis of DNA profiling techniques to determine a person’s unique DNA fingerprint, which can yield important clues for forensic studies and also be used in parentage testing.

To carry out DNA profiling, probes are needed to bind to the DNA, and this is where the team at the University of Southampton and the Ivanovo State University of Chemistry and Technology turned their attention. They have a special interest in using DNA as a scaffold for innovative functional molecules and they used this know-how to develop a new set of DNA probes bound to a substance known as a chromophore. The chromophore provides sensitive fluorescence readouts to rapidly analyse short sections of DNA.

At Diamond, our role was to apply a spectroscopic technique known as circular dichroism (CD) to study the way the probes interact with DNA. CD involves studying how matter absorbs circularly polarised light to see the structure of a substance, making it a fantastic technique for observing DNA and exploring the ways it twists and turns. Furthermore, CD using a synchrotron offers far-reaching advantages over bench-top comparators.

The synchrotron acts like an enormous microscope powered by electrons to produce a bright light that is 10 billion times brighter than the sun. The bright beams are directed to different laboratories known as beamlines where they are applied in all manner of ways to carry out cutting edge experiments.

At the B23 beamline at Diamond, where CD is conducted, we have a very small collimated UV beam which can work with tiny sample volumes – an obvious appeal for researchers who cannot produce large quantities for experiments.

By making different nucleosides with different chromophores we could develop a microchip whereby forensic DNA could be fully profiled by fluorescence readout.

We also need to make sure we have all the reference materials to assign the structures to the CD spectra. Assignment is used a lot at Diamond and we have a huge database of structures to use as a source of references, which enables us to get richer information from the samples. Moreover, we have high photon flux, which improves the signal-to-noise ratio and ensures we get good quality spectra.

For this project, we explored nucleoside probes coupled with a chromophore called porphyrin, which strongly absorb light. We investigated the properties of an existing zinc porphyrin 2’-deoxyuridine nucleoside (ZnTPP-dU), and the team at Southampton cleverly designed a new porphyrin-derivative based on magnesium(II) 5,10,15,20-tetraaza porphine (porphyrazine, MgTAP-dU).

Both nucleosides were tested for their ability to bind DNA, and we analysed their optical properties with CD at B23. We saw that the novel porphyrazine (MgTAP-dU) formed a highly ordered array formation along repeating nucleosides called adenosine. The chromophores stacked up alongside the DNA and were highly fluorescent, so we decided to test its ability to detect forensically relevant short sections of DNA. We noted that its fluorescence proportionally increased according to the number of adenosines.

The stepwise increase in fluorescence upon increasing the number of neighbouring adenosines could predict the length of a section of DNA, and makes MgTAP-dU highly suitable for the analysis of DNA sequences that contain multiple repeats of nucleotides. In fact, the team demonstrated that MgTAP-dU could quantify the length of repeating adenosine sequences entirely based on fluorescence intensity.

The ability to analyse DNA that contains multiple repeating nucleotides underpins the basis of DNA profiling because the repeating number in different parts of the chromosome directly reflects an individual’s personal genome, and we are excited that this work has such important applications.

The comparator probe in this study, which was based on zinc porphyrin (ZnTPP-dU), had been previously characterised by the team at Southampton, but unlike its magnesium porphyrazine based counterpart, it failed to elicit the enhancement in fluorescence needed to discriminate between numbers of adenosines. It is this fluorescence enhancement that is the key to the success of MgTAP-dU.

These results are extremely encouraging and we clearly showed that MgTAP-dU is a fantastic starting point for this new technology, but we still have a long way to go to improve it. Currently MgTAP-dU is insoluble and needs to be dissolved in an ionic liquid called glycholine, but our goal is to adapt the structure of the molecule to make it water soluble. Improving its solubility would make it more versatile so that it could be applied effectively to water-based forensic samples.

Additionally, MgTAP-dU has been designed to bind to complementary adenosines, but we can apply the same principle to target the remaining DNA base residues. By making different nucleosides with different chromophores we could develop a microchip whereby forensic DNA could be fully profiled by fluorescence readout.

Production of the microchip uniformity for reliable readout can be monitored using B23 mapping capability at high spatial resolution giving information on best microfabrication technology to be used. This Diamond B23 feature is unique and the only one available worldwide.

This potential new methodology wasn’t developed to compete with existing DNA profiling techniques, but could be a parallel method. We proved that MgTAP-dU could rapidly detect even as few as two neighbouring adenosines, which involved mixing just two samples. With fewer preparative steps, this technique could be a simple and fast way of profiling forensic DNA samples that could complement current methods.

The team at Southampton are currently developing a new series of nucleosides to boost solubility and allow profiling of human samples. They are also keen to tailor the approach to target different nucleotides which will push their invention forward.

The study, which was published in May 2018 by the European Journal of Organic Chemistry, was well received by their peers, and no doubt forensic scientists will be watching closely for further updates. Additionally, the study was highlighted in the journal’s section Outstanding Organics: Functional Organic Materials, which further shows its importance.

At Diamond, we are excited to see the incredible applications of our facility and this project is no exception. We are delighted to be working on such a successful project and we eagerly await the next DNA samples from our collaborators.