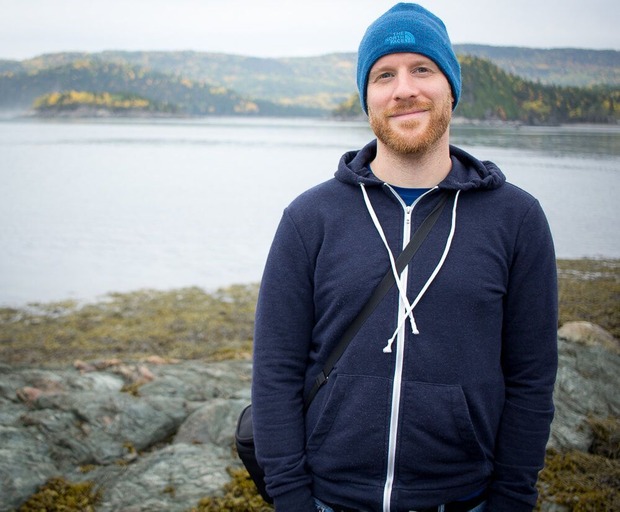 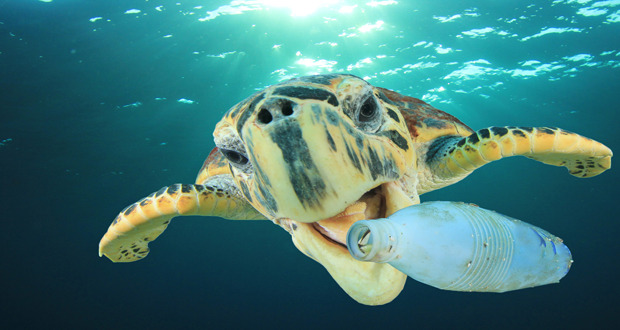 Given what we know about how impactful humans have been on the environment, the idea that we actually influence natural selection doesn’t seem controversial. But the truth could well be more complex than that – but it is a complexity we must understand says Vincent Fugère…

For example, many fish species are becoming smaller as humans selectively harvest the largest individuals. Many weeds and insect pests are becoming resistant to pesticides, as do many pathogens to medicines. Some fish are losing their coloration in lakes that are becoming murky because of erosion and nutrients from agricultural activity.

One thus measures selection strength by sampling a bunch of individuals in a population, measuring one or more traits on each individual, recording fitness of each individual, and linking the two (trait values & fitness) with a trendline on a scatterplot (more or less – technically we use a statistical tool called a linear regression). The slope of that trendline (regardless of whether the trend is positive or negative) is the strength of selection. If the line is flat, then individuals have the same fitness regardless of their trait value, and thus there is no selection operating on that trait. A lot of evolutionary biologists have measured selection on hundreds of species and traits in nature, and some have recently started doing that in populations facing human disturbances.

One might suppose that populations in nature are reasonably well adapted to their environments since they have experienced selection in this environment for a long time. For example, if being larger is better in colder climates, then populations of the same species should be larger, on average, in colder than in warmer environments (this is indeed generally the case and is in fact known as the temperature size rule). Thus, background levels of natural selection should not be too strong – in the previous example, selection on body size should be relatively weak in all populations along the temperature gradient because individual body size is already well matched to local environmental conditions.

But then come humans. Our activities are inducing drastic environmental change in many places. We make some places warmer, for example, and in those places, it might no longer be useful to be larger. We would then expect renewed selection on body size, i.e. stronger selection now that the environment has been changed by humans than before when the body size-temperature match was good. This stronger selection should weed out all large individuals from the population and bring the mean trait value to the new optimum in the new (now warmer) environment. As mentioned above, there is indeed evidence that rates of trait change are faster in populations facing human disturbances, confirming that selection might/should be stronger in human-disturbed populations as well.

On the other hand…

Some case studies of individual species show that indeed, human activities strengthen selection. Other studies, however, found the opposite. I collected data from all studies available and performed a meta-analysis in order to find out if there was an overall trend across study.

I reviewed thousands of scientific papers and retained only those that provided estimates of selection strength in both human-disturbed and natural (‘control’) environments, for the same traits and the same species. For example, this could include a weed species found in grasslands sprayed or not sprayed with herbicides. Or a lizard species found on islands with and without an invasive species of ants introduced by people. Or a shark population before and after the construction of a beach resort that induced major changes to the local mangrove habitat (this one particular example was based on the work of Joey DiBattista, a former PhD student at McGill under the supervision of Andrew Hendry). I found 40 publications that provided such estimates, and from them I collected a total of 1366 estimates of selection strength measured on 102 traits from 37 different species. I then used statistical models to test if there was an overall trend across studies of stronger selection in human-disturbed conditions.

There were some exceptions – for example two fisheries (a natural cod fishery and an experimental pike fishery) showed very strong human-induced selection. There is also plenty of evidence that fisheries experience rapid rates of trait change (especially for body size), confirming that this human activity is likely to have large evolutionary effects.

But then we needed to explain the lack of human impacts on selection in other studies. Note that this refers to the average effect – several studies showed stronger selection in human-impacted environments, but several others did not, leading to no net effect on average. One possible explanation is a taxonomic bias. We expect many species to do poorly in human-impacted environments and thus to go extinct in these environments (this is known as ‘population extirpation’). Rates of population extirpation have never been higher, so we know that this happens often. However, evolutionary biologists cannot measure selection in populations that go extinct, as a sufficiently large number of individuals need to survive for fitness and trait values to be measured.

Thus, part of the explanation for our main conclusion is that there is likely a taxonomic bias in the literature on human-induced selection, where researchers might be studying species that fare relatively better in such environments than the average species on Earth. We are suggesting ways to alleviate this bias, for example conducting experiments with populations that can be tracked even if they eventually become extirpated, or monitor natural populations expected to undergo a disturbance and measuring selection at the onset of the disturbance (again, even if the population eventually becomes extirpated).

The other potential explanation for our results is that the opportunity for selection might be weaker in human-disturbed environments. The opportunity for selection is the variance in relative fitness in a population – if there is no variance, then selection cannot be strong. That is to say, if you are fitting a line through a bunch of data points with trait values on the x axis and fitness on the y axis, some individuals need to have low or high fitness or else the line will be flat (and again, the slope of that line is the strength of selection).

We concluded the paper by discussing the challenges of studying human impacts on selection – including the taxonomic bias discussed above, but also problems with measuring fitness (which is very hard in many species). Despite all of these challenges, we suggest that measuring human impacts on selection will reveal some disturbances that consistently induce large evolutionary effects, and that identifying such disturbances is key to understand and mitigate human impacts on biodiversity. We suggested that fishing is one such disturbance, in fact the only one that we could identify in this synthesis exercise.

The future step for this work is to keep collecting data as they arise in the scientific literature – our dataset is large, but all the data come from ‘only’ 37 species. This might be one criticism that other scientists will have of this work – although we did collect all data that currently exist. There are billions of species on Earth, and many human disturbances for which we could not find data. More data will also allow us to split studies into various categories (for example those focusing on climate change vs. habitat degradation, or those on animals vs. plants, etc.), which will help identifying disturbances with large impacts, taxa that are most vulnerable, and so on. We tried to do this, but data were too few to reach robust conclusions (this might also be a criticism of our study). All of this calls for additional studies of selection in human-altered environments.

This work is important because it involved a large literature review to build a synthetic dataset in human-induced evolution, a sub-discipline of biology for which there is currently much interest. Our analysis complements other meta-analyses that have focused on populations in more natural environments. The dataset was also uploaded to a data sharing website (FigShare) and is in open access, such that anyone can use it to replicate or extend our analyses. We also reached a surprising result; our guess is that most people would have predicted stronger selection in human-disturbed environments, but we did not find that. We expect that this negative result and our tentative explanations for it will generate some discussion in the evolutionary biology community working on human-induced evolution.

Finally, we are not arguing that human disturbances do not cause evolution; in fact, I certainly believe the opposite. However, quantifying the overall impact of humans on selection across the biosphere is obviously very challenging. These challenges served as the scaffold for the discussion section of the paper, and what we outlined could help guide future studies of selection. 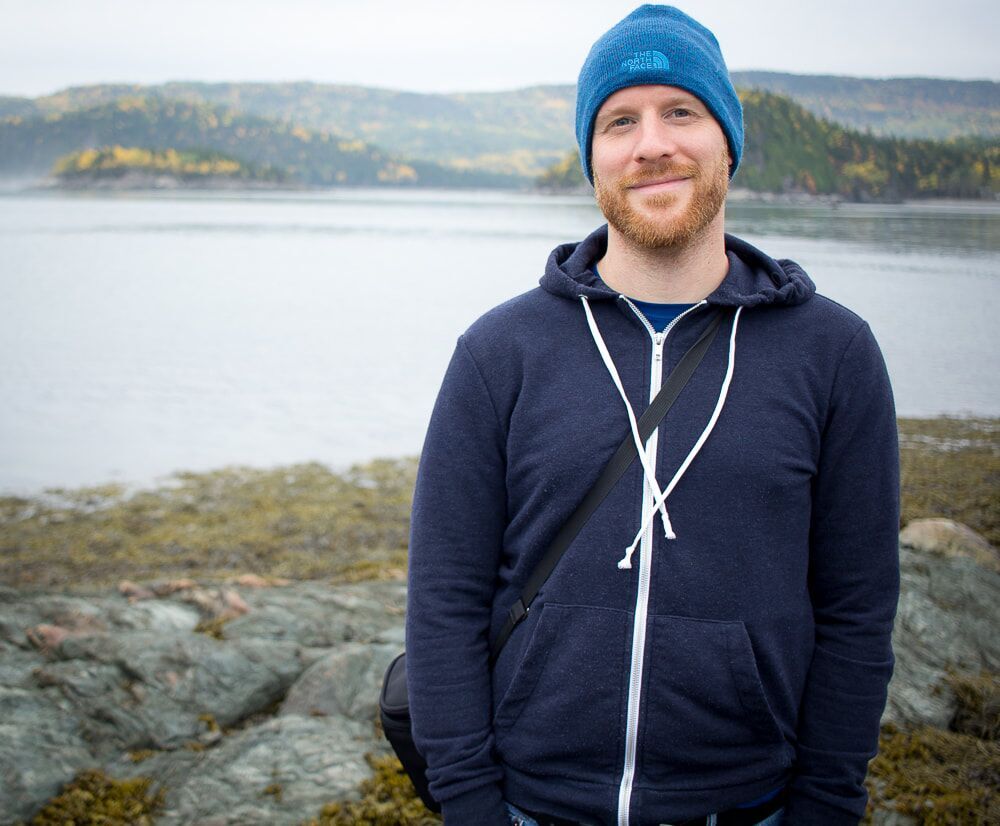