Down on the farm 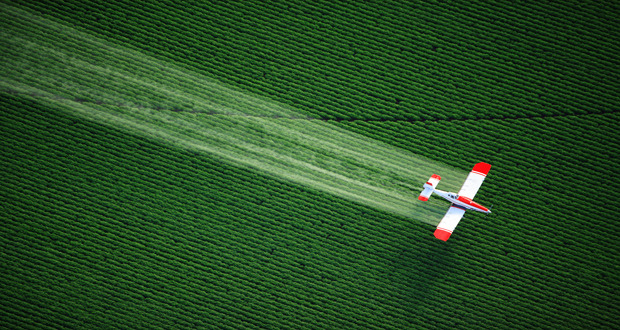 The complex balance of species which live in and around farmland are vulnerable to climate change – but we really know very little about how farm biodiversity interacts. Here Darren Evans explains how his team may just have found a way to understand these complex networks, and the news isn’t good for the agriculture industry...

The Food and Agriculture Organization of the United Nations (FAO) estimates that 821 million people in the world today are chronically hungry and that climate change is a key driver of this sudden rise1.

As such, there is considerable global effort to address climate change adaptation and mitigation in the agricultural sectors. At the same time, food producers are experiencing greater competition for land, water, and energy and the need to halt the many negative effects of food production, such as chemical pesticides, on the environment is a policy priority.

With climate-warming comes a growing threat of insect pests and pathogens to crop production. Farmers in the tropics already lose up to 50% of their crops to pests compared with between 25–30% in Europe and the United States2, but models predict farmers at mid-latitudes may face a doubling of crop loss due to pests by the end of the century3. The models, however, are still in development and often fail to consider the complex interactions between crops, pest species and natural predators, such as parasitic wasps, that could be harnessed as an additional tool to limit the damage caused by insect pests. So there is much detailed work to do to better understand the ecology of farmed systems and how they are going to respond to climate change.

Part of the problem is that although we know a lot about farmland biodiversity, we still know very little about how that biodiversity interacts, both directly and indirectly. This is important as species interactions are central to important ecological processes such as pollination and natural pest control. As such, there are a burgeoning number of studies that use network approaches to describe the interactions between species, the underlying structure of communities and the function and stability of ecosystems. Creating some farmland food-webs, such as plant-pollinator networks, is relatively easy as researchers can observe which insects are visiting an entire community of flowers in a given area. But other interactions, such as those between aphids and parasitoids, are much harder to study as this involves many tiny insects injecting their eggs into cryptic hosts across the farmed landscape.

Recent advances in molecular ecology are specifically useful for building ecological networks between plants, pests and natural predators that might otherwise be difficult to create using conventional methods. In a recent study in Molecular Ecology we were able to create plant-aphid-parasitoid networks in a wheat crop using a DNA barcoding approach. We developed a multiplex PCR approach to detect and identify parasitoids using specific primer pairs within well-studied cereal aphid hosts. For all other less studied aphid species, we further developed a method that uses the sequences of a 210 base pair fragment from the 16S gene to identify parasitoid species. By pooling this information it is possible to construct quantitative ecological networks that include frequency of interaction data.

Using this DNA-based method to construct the networks, we then set about examining how climate-warming might affect plant-insect interactions and crop yield. Based on IPCC future climate predictions, we experimentally increased temperature by 1.4°C using suspended infrared heaters above farmland plots consisting of wheat and weeds in Yorkshire, England, and by adding extra rainwater. A real-time proportional-integrative-derivative (PID) feedback system ensured constant temperature plot warming through infrared radiometer monitoring of surface temperatures in warmed plots. These plots were systematically searched for aphids on crop and non-crop plants throughout a growing season, uniquely resulting in replicated networks created under four experimental treatments.

Simulated climate warming affected the total number of species, significantly altered species-interactions and reduced the complexity of the networks. We discovered that the increased temperature induced an aphid outbreak, with a fourfold increase in abundance in the warmed plots that was mostly driven by pest aphids associated with the wheat. However the parasitism rates of aphids by parasitoid wasps remained unchanged. Warming also drove changes in the crop, altering in particular the growing patterns of the wheat. Overall this significantly affected crop yield, with fewer, lighter seeds produced.

My team were able to demonstrate empirically for the first time the impacts of climate change on multiple direct and indirect interactions in a more holistic way. We are now working on ways to rapidly construct and analyse much larger ecological networks. In particular the development of DNA metabarcoding technologies is a promising area, with huge potential for global-scale biomonitoring programmes4. At the same time, new network modelling approaches are being used to guide ecological restoration5, exploiting Big Data and complexity science to provide innovative new tools to help understand and improve ecosystem resilience to climate change. A future challenge is to integrate species-interaction data into global models to better predict the impacts of climate change on food production.

On the farm, simple DNA-based tools are already being used to detect protected species or as an early warning system for pests and pathogens. But there is enormous commercial opportunity to exploit these technologies for more efficient ways of farming. One example is a potential tool that farmers could use to rapidly assess rates of parasitism of pest aphid species in the crop. Field-based sequencing technology, such as the Oxford Nanopore SmidgION, could be developed to determine whether or not a significant proportion of aphids are likely to die as a result of being parasitized, helping the farmer to decide whether or not to spray insecticide. Another example is to use standardised traps to record the presence or absence of known virus vectors that could spur growers into action should they find a positive result.

Looking ahead, merging DNA barcoding and metabarcoding with ecological network analysis provides a revolutionary opportunity to construct some of the largest, phylogenetically structured species-interaction networks to date, providing new ways to examine and predict the impacts of climate change on ecosystem functioning. Moreover it provides a framework to identify hubs of species within a network that could be targeted to improve resilience as researchers seek science-driven methods to mitigate the impacts of climate change, especially in agricultural sectors. 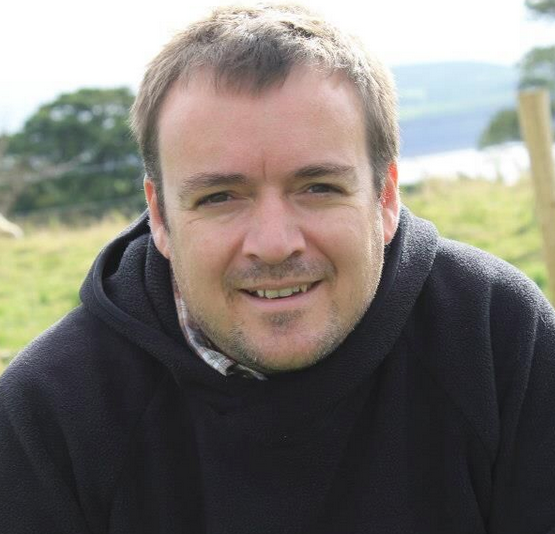 Darren?Evans?is a Reader in Ecology and Conservation at Newcastle University where he leads the Newcastle Network Ecology Group. His research integrates network theory and DNA-metabarcoding to understand the impacts of environmental change on species-interactions