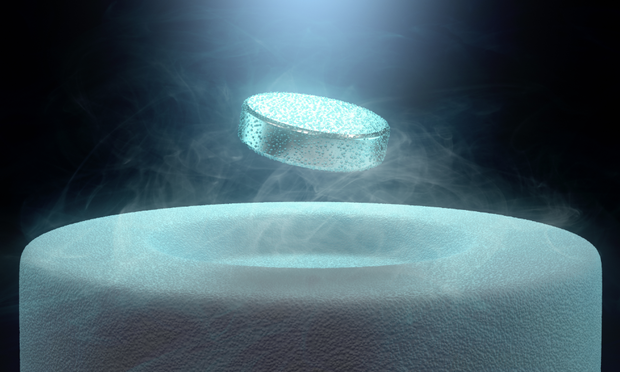 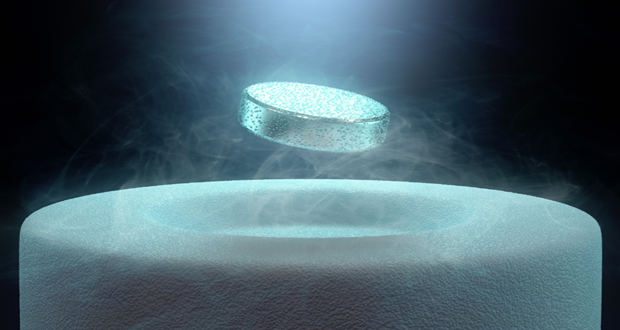 An international research team has claimed to have raised the temperature at which superconductivity occurs, to around 23°C.

The achievement, observed in lanthanum superhydrides under high pressure by scientists at the University of Chicago, is a jump of about 50°C over the previous record.

“Under these extreme conditions, chemical bonds can be greatly altered, inducing the formation of compounds that are otherwise unstable,” their research paper, published in Nature, says.

“In the case of lanthanum hydride, high pressure seems to stabilize the formation of a compound, LaH, that has a much larger hydrogen content than is achievable at ambient pressure.”

The sample had to be placed under pressures between 150 and 170 gigapascals, more than one and a half million times the pressure at sea level. (Pressure appears to be the key factor in these observations. Earlier this year, another group of US researchers observed superconductivity at 7°C, but at even more intense pressures – between 180 to 200 gigapascals.)

However, the Meissner effect – in which the material expels any magnetic field, a fundamental characteristic that differentiates superconductivity from perfect conductivity – was not detected, because the material was too small.

Whether or not the success of this experiment hinges on the observation of the Meissner effect, the findings are promising as part of an ultimate aim to achieve superconductivity near room temperature, thus reducing reliance on immense cooling powers for existing superconducting technologies and pave the way for new inventions.

Vitali Prakapenka, research professor at the University of Chicago, said: "Our next goal is to reduce the pressure needed to synthesize samples, to bring the critical temperature closer to ambient, and perhaps even create samples that could be synthesized at high pressures, but still superconduct at normal pressures.

"We are continuing to search for new and interesting compounds that will bring us new, and often unexpected, discoveries."

They used a diamond anvil cell, a small device that generates pressure by squeezing material between two flattened diamonds. They then used x-rays to examine the metal sample’s structure.

Superconductivity, the ability of a material to conduct electricity without any resistance, was first observed by Dutch physicist Heike Kamerlingh Onnes in 1911, in solid mercury below a critical temperature of 4.2 Kelvin, or -268.95°C.