Games have never been more popular and in their column Dr Louise Robinson and Dr Ian Turner take us through Phylo to find out if it is any good... 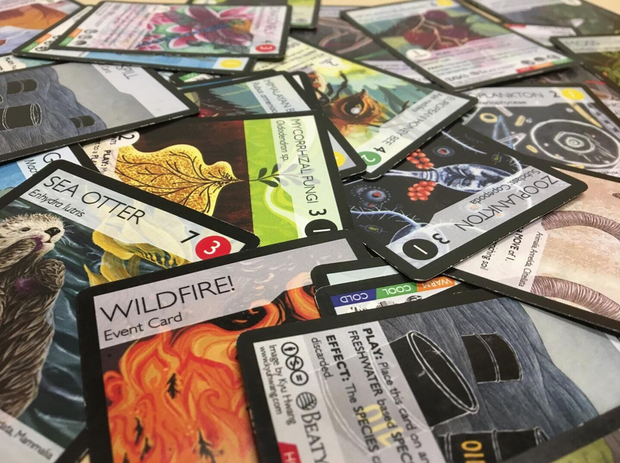 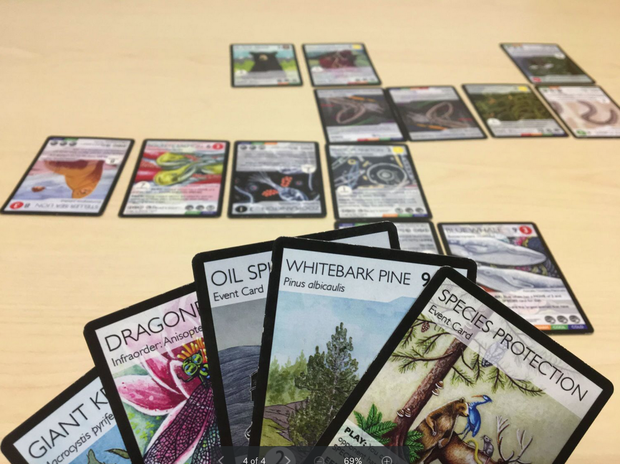 Phylo is an ecosystem building game where players try and build food chains to create a stable ecosystem whilst disrupting their opponents. The game has its roots in one of the most famous collectable card games of all time, Pokémon! The whole premise of the game stems from the designer David Ng learning that “children know more about Pokémon creatures than real ones”. The ambition was to build a game that is as fun and collectable as Pokémon but based on real world ecosystems.

Phylo encourages players to ‘celebrate ecosystems in all their awesomeness’ and it certainly does that, the game is exceptionally well designed. The game was crowd sourced, meaning the game-play and rules have been tested and refined multiple times. Phylo is a really enjoyable experience that captures the essence of an ecosystem, it centres on the interactions within a shared environment which is defined by both its terrain and environment. Players have to build up their food webs by playing species cards next to compatible environments whilst considering species already in play.  For example, a carnivore must be placed next to a something they can eat which is equal in, or smaller than, scale to them. Players can also play event cards – such as a wildfire or oil spill – on your unfortunate opponent’s ecosystem.

Yes, yes and yes! The game is by its very nature designed to be scientific. Each and every species card contains Latin names plus details on scale, food chain, diet, classification, terrain and climate.   Not only are these details correct, they are all integral to the game play. One of the massive advantages of the game is that it is free and open source! This means that people can create their own decks, for example you can download the UK vintage species deck, a microbe deck or even one based on the voyage of the Beagle. You can even create your own cards or decks and submit them, there are also some lovely examples of cards and decks created by school age children.

A scientifically accurate fun card game that is free to download… what are you waiting for?