Aquaculture, cosmetics and even a unique superfood… microalgae are proving to be a rising star for synthetic biologists. Andrew Spicer takes us through the benefits of their biochemical and metabolic properties…

Synthetic biology – the application of engineering principles to biology – is now enabling the design of novel metabolic pathways for new bioprocesses, allowing the commercialisation of products from natural sources that would otherwise be difficult to access.

The field takes the engineering principle of ‘design-build-test’ and applies it to biological systems to create novel organisms with unique biochemistry. Traditionally, the use of biological engineering within industrial biotech has relied on the genetic modification of yeast and bacteria as ‘platform’ organisms for biochemical production. However, a growing number of projects are facing techno-economic challenges to commercialisation, many of which can be solved by using novel organisms.

Although there is much still to be learnt about algal engineering, recent projects have provided a real insight into the potential of designer microalgae

One of the most promising options, which is now being successfully developed for applications across a number of sectors, is the use of microalgae. These organisms offer several unique advantages over traditional platforms, with the main benefit being that many of them have the metabolic flexibility to grow under both photosynthetic and carbohydrate-supplemented conditions. They can also be cultivated to high densities using well-established bioreactor designs, and their biochemistries lend themselves perfectly to the production of various high value chemicals and precursor molecules. Another unique selling point of microalgae compared to other single cell production systems is that each cell contains a chloroplast – a discrete compartment with its own DNA expression system and a plentiful supply of electrons from photosynthesis – offering the potential to produce novel therapeutic compounds.

Although there is much still to be learnt about algal engineering, recent projects have provided a real insight into the potential of designer microalgae. As these organisms become more accessible to industry, new technologies and bioprocesses are now under development. A good example of the diverse ways these organisms can be employed is aquaculture, where researchers are starting to explore synthetic biology approaches to create novel microalgae-based feed ingredients. The goal is to improve the health of fish and shellfish, as well as the productivity of fish farming. For instance, microalgal strains have been modified to produce enzymes that make key nutrients more bioavailable, for use as functional ingredients that improve the nutritional value of fish feed. This is being complemented by separate studies investigating how the expression of specific peptides or proteins in algae can be used to improve population health or manage disease by reducing the need for exogenous antibiotics, modifying the composition of the microbiome to enhance growth or providing an oral vaccination strategy.

There are many similar algal projects that are proving hugely successful, but engineering these diverse organisms undoubtedly has challenges. Several basic synthetic biology techniques – such as gene assembly – are generally applicable, but other aspects can be problematic. For instance, while most strains are accessible by conventional genetic transformation techniques with sufficient determination, the ease of manipulation is variable, and some are better than others at expressing multiple genes. Similarly, some strains have greater capacity for scale-up than others, making them more commercially viable in terms of production costs and economic potential. One organism which is proving flexible, easy to grow and scalable is Chlorella vulgaris, and a lot of attention has recently been focused on this species, with considerable success.

C. vulgaris is regarded as a superfood, thanks to its very high protein, micronutrient, carotenoid and vitamin content. It has been consumed in some cultures – for example, in Asia – for hundreds of years with no obvious negative impact. As a result, it is one of only a small number of microalgae to have novel food status in the EU – a big advantage when considering potential applications in food. This designation avoids the need for the extensive safety testing and laborious collection of the supporting evidence that would be necessary to have a new microalga added to the novel foods catalogue – a significant financial and resources burden. C. vulgaris is also on the China IECIC – Inventory of Existing Cosmetic Ingredients in China (2015) – a global go-to list of ingredients approved for use in cosmetics and personal care formulations, where it uniquely appears as both algal biomass and C. vulgaris extract. Like novel food status, this listing is not easy to achieve, and for an entry to appear twice is unusual.

From a synthetic biology perspective, a major benefit of C. vulgaris is its metabolic flexibility. It can be grown phototrophically (outdoors in sunlight), mixotrophically (in sunlight, supplemented with a simple carbon source, such as acetate or sugar) or heterotrophically in a fermenter (in darkness with sugar), switching between those three growth modes almost immediately, with virtually no lag. However, its green colouration – a result of its high chlorophyll content – and strong smell present barriers to its everyday use.

One approach that has been used to overcome these limitations has been the creation of a panel of naturally chlorophyll-deficient mutants. This patent-pending Chlorella Colours panel (Algenuity) of non-genetically modified mutants has been derived from a single C. vulgaris strain, and opens up a range of potential new uses, since colourless mutants smell and taste better than the green variant. The genome of each variant has also been sequenced to better understand the genetic basis of colour. By determining where the mutation responsible for each colour difference is located in the metabolic pathway, it is possible to identify strains that could have greater potential as a synthetic biology platform. This provides flexibility for further strain improvements in the future, allowing the algal biomass to be used in an even broader range of applications.

Mutants from the Chlorella Colours panel are already being applied to a number of synthetic biology projects. A yellow Chlorella is currently being scaled up for food applications, and there is interest in other colours, such as white and lime. Yellow Chlorella also has potential in the cosmetics sector, as it contains the antioxidant lutein – which has anti-aging and skin protection properties – in addition to the lipids and oils found in many microalgae, which act as moisturising ingredients. Similarly, white Chlorella contains phytoene, a UV absorber used in sunblocks or anti-aging skincare products. In the pharmaceutical sector, C. vulgaris is being used in the MERIT – MicroalgaE as Renewable Innovative green cell facTories – project, which is investigating it as a platform for the production of therapeutic diterpenes or terpenoids. But this is just the tip of the iceberg – the number of possible markets for the C. vulgaris platform is huge, from human feeds and nutraceuticals to aquaculture and metabolic engineering.

There is no doubt that microalgae – found in any garden pond – offer unique properties for many applications of synthetic biology. They are already showing promise as effective alternatives to well-established platform organisms such as yeast and bacteria, opening up a host of new possibilities in a diverse and exciting field. Moving forward, the aim is to allow more precise DNA editing and access an ever–greater variety of strains to provide bespoke, scalable solutions for a wide range of applications. 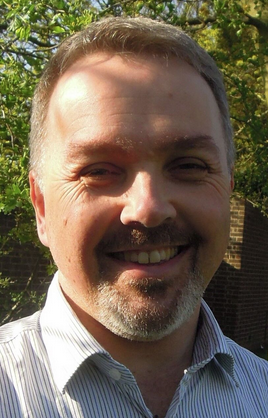