Are biosimilars coming of age?

Monoclonal antibody (mAb) therapies have become a mainstay of modern medicine, but are unaffordable for patients in many parts of the world. Biosimilars expert Dr Brian Wendelburg discusses how successful biosimilar mAbs have been in addressing this issue and the challenges that remain. 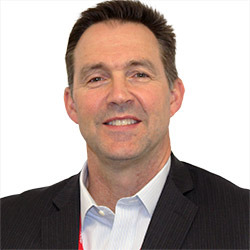 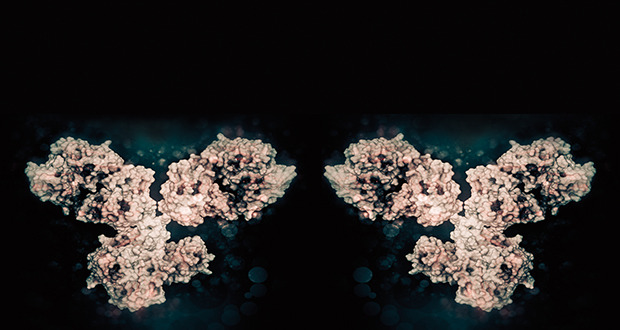 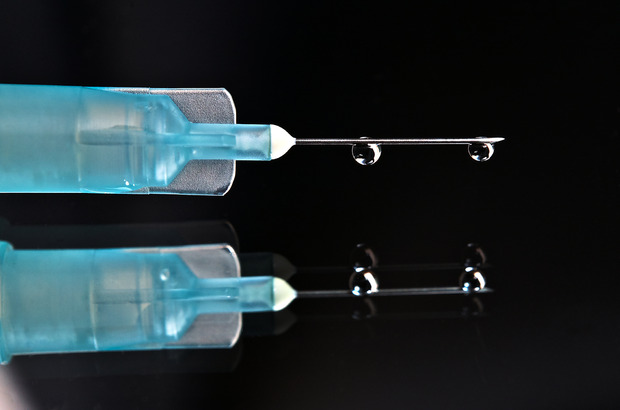 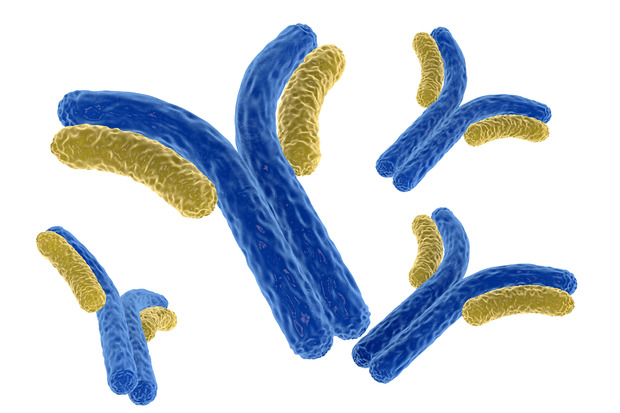 Monoclonal antibody (mAb) therapies have become a mainstay of modern medicine, but are unaffordable for patients in many parts of the world. Biosimilars expert Dr Brian Wendelburg discusses how successful biosimilar mAbs have been in addressing this issue and the challenges that remain.

Biosimilar mAbs are complex molecules that have highly similar therapeutic and physicochemical properties to innovator, or originator biologicals such as blockbuster therapies adalimumab (Humira) from Abbott, infliximab (Remicade) from Johnson & Johnson and trastuzumab (Herceptin) from Roche.

Therapeutic mAbs have become a popular choice for patients – often because they are the only therapeutic option available, and they’ve been shown to induce fewer side-effects than many small molecule drugs. Unfortunately, mAb therapies are quite expensive, typically costing tens of thousands of dollars per patient per year. For instance, the colorectal cancer treatments bevacizumab (Avastin) from Roche and cetuximab (Erbitux) from Eli Lilly cost $20-30 thousand for an eight-week course1, which is between 3 and 300 times more expensive than comparable small molecule therapies¹. This has often led to mAb therapies being rationed, for example, an NHS freedom of information request in 2012 showed that ranibizumab (Lucentis) from Novartis was being denied to some patients in the UK².

The high cost of mAb therapies has certainly been a major driver for developing biosimilar mAbs in the past decade. A recent IMS Health report estimates that using biosimilars (including mAbs) can offer up to a 30% price reduction per treatment day compared to the originator molecule³. The lower cost of biosimilars allows access for a wider patient population in developed countries, as well as in countries where mAb therapies have not previously been prescribed. The regulatory approval of biosimilar mAbs has advanced more rapidly in Asia and Europe than in the U.S., with the Remicade biosimilar, Remsima (Celltrion) first being approved by the Korean Food and Drug Administration (KFDA) in 2012?, followed shortly thereafter by approval of the European Medicines Agency (EMA) in 2013?. The U.S. has lagged behind in approving biosimilars in general, but the U.S. Food and Drug Administration (FDA) just recently approved the U.S. version of Remsima, called Inflectra (infliximab-dyyb, by Pfizer-Hospira), in April 2016?. The use of biosimilar mAbs has proved successful in many European countries, where for example Germany has embraced their use by educating physicians to provide an evidence-based and informed choice of these drug types. 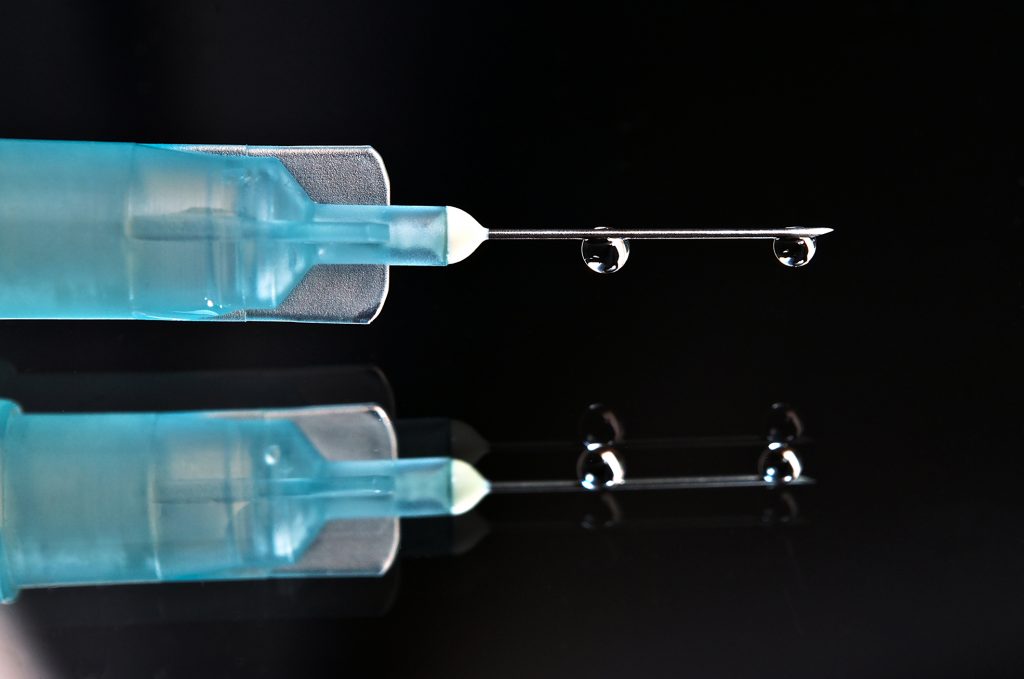 Antibody therapies are approved by the European Medicines Agency in Europe and the Food and Drug Administration in the USA.[/caption]

Developing a biosimilar mAb offers biopharmaceutical companies a truncated route to market approval, which can be as short a timeline as four years. Compared with the 10 or more years it typically takes to get an original mAb to patients, it’s not difficult to understand why developing biosimilar mAbs is an attractive option. The majority of biosimilar mAbs in development world-wide are for follow-on versions of infliximab, rituximab and adalimumab, because the patents covering these blockbuster therapies will have expired by 2020, thus providing an opportunity to enter a lucrative and well established market.

The lower cost of biosimilars allows access for a wider patient population in developed countries, as well as in countries where mAb therapies have not previously been prescribed.

However, producing biosimilar mAbs is not a simple task – the complexity and structural variability of these large biological molecules mean that it is virtually impossible to generate an identical copy of the originator molecule. This has led regulators to require data submissions derived from a range of orthogonal testing methods to analyse and compare the physicochemical and biological-functional characteristics of the biosimilar mAb to the originator before entering clinical trials. The data must prove that the biosimilar is highly similar to the innovator molecule. This data typically includes analyses of primary (amino acid) sequence, protein folding characteristics, truncations, post-translational modifications (especially glycosylation), binding characteristics of the mAb to its target antigen, and functional activity by Antibody Dependent Cell Cytotoxicity (ADCC) and Complement Dependent Cytotoxicity (CDC). Generating this vast array of data has resulted in biosimilar developers having to run upwards of 40-50 assays on each individual mAb with specialised laboratory tests, including Surface Plasmon Resonance (SPR) for kinetic analysis of biomolecular interactions, peptide mapping via LC-Mass Spectrometry (MS), Enzyme Linked Immunosorbent Assays (ELISAs) and the ADCC and CDCs functional assays mentioned above. Furthermore, companies must make the necessary expenditures to acquire sophisticated capital equipment such as Biacore T200 (SPR) and MS Instruments for accurate and precise analysis, as well as recruit and hire skilled and highly trained laboratory technicians.

Many biosimilar developers are small biotechs backed by limited resources and precious capital. In some cases, these firms cannot afford to invest heavily in instrumentation and personnel to perform the extensive pre-clinical testing noted above. Thus, many firms are opting to outsource much if not all of their analytical testing to specialised, or niche, Contract Research Organisations (CROs). However, choosing to outsource such critical aspects of pre-clinical development is not an easy decision. Recognising the competitive landscape of biosimilar development, CROs engaged in this sector must commit to delivering results in a timely manner to ensure critical development milestones are achieved. It is imperative that biopharma companies choose a partner they can trust, one which possesses the necessary commercial and technical know-how and is well-versed in the regulatory requirements in various global jurisdictions.

However, producing biosimilar mAbs is not a simple task – the complexity and structural variability of these large biological molecules mean that it is virtually impossible to generate an identical copy of the originator molecule.

The CRO should itself also be regulatory compliant and able to deliver results which meet requirements of any regulatory body to facilitate submission of the comparative dossier. To ensure their mAbs can get to clinical development as quickly as possible, biosimilar developers are partnering with CROs that offer a wide variety of assays. Ideally, these firms have developed (and qualified) ready-to-use assays for the most common originator molecules. The availability of pre-qualified, off-the-shelf assays provides an excellent opportunity to quickly and cost effectively analyse their biosimilars with a single CRO partner. Moreover, biosimilar developers are also often choosing to work with CROs which have their own R&D department so that in the case where a particular required assay is not currently on offer, biopharma scientists can discuss with their CRO partner the feasibility or practicality of configuring and requalifying an existing assay to meet their particular testing requirements.

Finally, as suggested above, many firms are indeed now looking to partner with only those CROs which offer a combination of commercial, regulatory and technical know-how and importantly, have passed inspection by regulatory authorities such as the European Medicines Agency (EMA) and FDA. This assures developers that their testing partners are compliant with the principles and guidelines of Good Manufacturing Practices (GMP), and thus able to generate the ecessary and appropriate data package to meet the requirements of any global regulator. Biosimilar mAbs are coming of age with the first wave of regulatory approval in Asia and Europe, and most recently in the U.S. In the next decade, it is expected that a large number of biosimilar mAbs will be developed and commercialised globally by both small and large biopharma companies alike. These firms will offer patients better access to biosimilar medicines to highly effective therapeutics such as infliximab, rituximab and adalimumab at substantially reduced price, perhaps as much as 60% of the price of the originator molecule. Those biosimilars which make it to clinical trials will have had to overcome the technical challenges of proving biosimilarity to the original molecule. 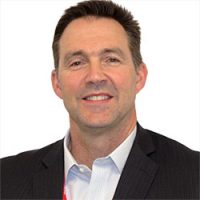