Do we need to reconsider general relativity? Have we really grasped fundamental particles? Why is there matter at all? Answers are tantalisingly close as antimatter research boldly goes towards physics’ final frontier – but to get there, says Professor Carsten P. Welsch, we’ll need to be both collaborative and interdisciplinary 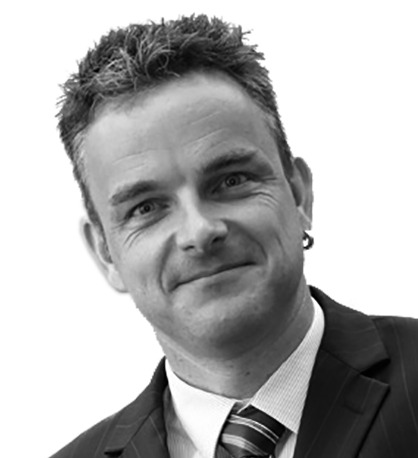 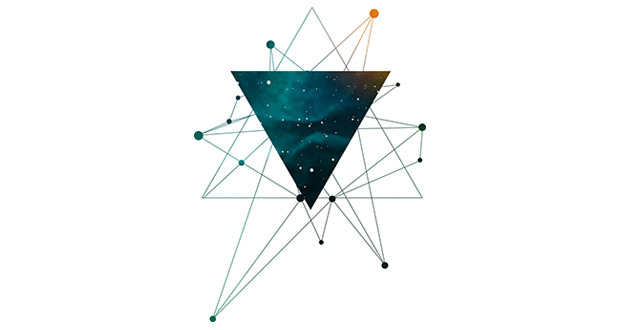 Do we need to reconsider general relativity? Have we really grasped fundamental particles? Why is there matter at all? Answers are tantalisingly close as antimatter research boldly goes towards physics’ final frontier – but to get there, says Professor Carsten P. Welsch, we’ll need to be both collaborative and interdisciplinary

When the first antimatter particles were created at CERN in the 1990s it generated huge excitement. People believed that producing these mysterious particles, thought to mirror those in the ‘real’ world, was opening the door to a sci-fi dream of space travel.

Antimatter sounds like a fantastic energy source: when the particles hit matter they obliterate each other instantly, releasing energy. But the problem is that there is hardly any antimatter available in the universe. In fact, if you had the opportunity to annihilate in one single instant all the antimatter ever produced in the history of mankind, it wouldn’t release enough energy to boil a pot of tea! Although not a good source of energy, antimatter does have its applications; for example it is routinely used in hospitals for imaging. In positron emission tomography (PET) an electron and a positron (the antimatter particle of the electron) are used to detect a radioactive nuclide in the body of the patient. The real excitement of antimatter research is that it has the potential to rewrite our assumptions about the nature and properties of space and time.

Rewriting the rules According to scientific theories, every type of matter in the universe created after the Big Bang should have been accompanied by equal amounts of antimatter (particles with the opposite charge), but this isn’t so. It is not clear why, in our part of the universe, we only have matter particles and no antimatter. Either more matter was created to begin with, or minute differences between antimatter and matter have given the latter an advantage in the race. All the fundamental equations that we currently believe to be correct have a nice symmetry, in that they treat antimatter and matter identically. However, if a measurement was able to demonstrate that matter differs from antimatter, this would force us to correct both the General Theory of Relativity and the Standard Model of Particle Physics that currently govern our understanding of the universe.

It is not clear why, in our part of the universe, we only have matter particles and no antimatter

Physics is a more experimental science than a theoretical one – any equation really only ever lives until you have an experiment that shows it is no longer valid. At CERN, six projects currently study the properties of antimatter through different but complementary approaches. They are trying to understand many characteristics – for example: to see if antimatter absorbs and emits light at the same wavelengths as matter; to assess how antiparticles are affected by gravity; and to measure, using spectrometry, the mass of antiprotons created within a gas of “hybrid” matter and antimatter helium atoms. Scientists have been trying to do these types of experiments for the last 20-30 years but the techniques have been impaired by a lack of antimatter particles of the right quality and quantity. This has been the challenge that so far has held up this field of research.

Making antimatter Although a few antiparticles are found in nature, for example in cosmic rays (high energy radiation originating from outside the solar system) or above thunderstorm clouds, most of them need to be created artificially. Antimatter is, in fact, the most expensive substance in the world to produce – and it is a painstaking process. It costs about $25 billion to create one gram of positrons. In 1999 NASA estimated it takes $62.5 trillion to produce one gram of antihydrogen. In 2000, CERN’s Antiproton Decelerator (AD) opened and it is the only cold-antiproton source for precision antimatter physics in the world. Protons are accelerated in the Proton Synchrotron (PS) and crashed on sheets of metal; sometimes – rarely, in fact – the collision produces antiprotons, but at speeds too high to be studied. The AD aims to slow these particles down to deliver antiprotons with very low kinetic energies, which can then be studied. These ‘slow’ antiprotons can also be used for experiments, but also potentially the antimatter atoms that they can create, such as antiprotonic helium and antihydrogen.

In 1999 NASA estimated it takes $62.5 trillion to produce one gram of antihydrogen

Decelerating particles is a complicated task and it results in a beam of antiprotons of very low energy. The beam is very sensitive to perturbations and interferences, even as subtle as the Earth's magnetic field, and is difficult to control. There are several projects at CERN in need of antiprotons and the existing AD has reached its limits. A new antiproton decelerator ring, ELENA (Extra Low ENergy Antiproton ring) has therefore been commissioned, with the first antiproton beams expected in early 2017. Once fully operational, not only will ELENA be able to deliver beams simultaneously to four different experiments, it will do so 24 hours a day. Most importantly, ELENA will further slow the antiparticles in a controlled way down to 100 keV. This will increase the number of antiprotons able to be used for studies – indeed, it is expected that the number of antiparticles available for scientists will rise by one or two orders of magnitude.

Cool particles An important element of ELENA is the electron cooler, which is wired to make a very cold beam. By cooling the particles, ideally to zero kelvin, they are brought to rest, so you can do very precise measurements on their properties. New cooling mechanisms are one of several areas that will be studied within the AVA (Accelerator Validating Antimatter) programme, a new European training network which brings together five universities, eight national and international research centres and 13 industry partners to carry out interdisciplinary antimatter research and training for 15 Fellows.

A few cooling mechanisms have been tried, especially by the Stefan Meyer Institute in Austria, and AVA will be looking at techniques that can help to produce antihydrogen colder than ever before. The instrumentation and detectors to be developed by AVA will provide a much better insight into low energy antimatter beams, so that it will be possible to understand and control them and carry out hitherto impossible experiments.

For example, an unstable beam can have devastating consequences if it doesn’t stay perfectly located at the centre of the vacuum chamber. Predicting the beam’s behaviour and monitoring it in real time without destroying it are complex tasks that are tackled by AVA, creating the opportunity for new types of beams with unique properties.

Elegant experiments The physics at ELENA is very different and arguably more elegant than the high energy physics at the Large Hadron Collider (LHC). In the LHC the aim is essentially to get the maximum energy possible into a beam and smash two beams together. Scientists then look at what has been created and hope to find something new. In contrast, work at ELENA and the Facility for Low energy Antiproton and Ion Research (FLAIR), currently under construction in Germany, is directed at studying the fundamental particles at the very roots of physics, in an attempt to understand symmetries in the universe and the influence of gravity and other forces.

There might be a discovery at ELENA that has similarly bold implications as the Higgs Boson, but it will not be a new particle; instead it will be the creation of a better understanding of nature altogether. The recent method measurement by the ALPHA collaboration, which uses a laser to determine the energy difference between different levels of antihydrogen, was impressive but far from the precision that is needed to really compare matter and antimatter. All of these are important steps in the right direction, but there is still a lot of work to do. AVA is exciting as it is attempting to improve the tools available to do these experiments. For the first time it is bringing together the diverse groups working in this field, to bring a focus to the work and look at antimatter as a whole. The network is building connections between the different groups and creating links between the people who are designing the machine and those doing the experiments.

There are three scientific work packages in AVA, of which one is designing new experiments that are not currently possible; another studies the design of a facility, like the AD at CERN, and how it can be optimised; and the last looks specifically into detector technologies, such as new sensors and beam diagnostics that can monitor the beam with better precision and better resolution than any other technique before.

Industry applications Although antimatter doesn’t offer any immediate benefit for industry other than for imaging purposes in medical applications, all the industry partners involved in the AVA project are developing sensor technologies or advanced detector technologies. The challenge with antimatter in general is that there are a small number of tiny particles. They also cover an enormous range of energies – some are very low energy, some are very high energy – and new technologies must essentially detect every one of these. Once industrial partners have demonstrated that the technology they have developed is able to measure particles as exotic and challenging as antiprotons, these advances can automatically find their way into other applications.

Medical imaging in particular would benefit tremendously from adopting these new systems, as they would significantly increase the resolution and the completeness of any diagnostic. AVA is just starting, but it follows a strategy that has worked well for other projects coordinated by the Cockcroft Institute. For example, LA3NET brought together classical accelerator scientists with the laser community, two fields which hadn’t talked to each other a lot in the past, and this resulted in the development of technologies that we wouldn’t have been able to produce otherwise. Creating collaborations between communities that previously had little contact is always a big challenge. Our motivation is to provide the best possible training to our 15 fellows and I strongly believe this should be interdisciplinary – by involving multiple areas they will have a much better basis for their careers and research in the future. 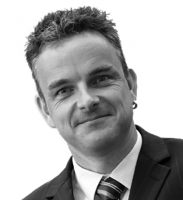 Author: Professor Carsten P. Welsch is Head of the Liverpool Physics Department. He has initiated and coordinated a number of innovative training networks to create Fellows with vital skills in accelerator physics, beam instrumentation technologies, accelerator applications, and laser science.

About the Cockcroft Institute The Cockcroft Institute is an international centre of excellence for accelerator science and technology in the UK. It is a joint venture between the Universities of Lancaster, Liverpool and Manchester and the Science and Technology Facilities Council (STFC) at the Daresbury and Rutherford Appleton Laboratories. www.cockcroft.ac.uk